Seraing will arrive at Bosuilstadion on Friday for the First Division A fixture with home team Antwerp.

All of our predictions, stats and the user poll for Antwerp v Seraing are shown below (including the best match odds).

Antwerp will be looking for another win after the 0-2 First Division A triumph vs Cercle Brugge.

Antwerp have been on a persistent run of goalscoring form, netting every time they’ve gone out to play in their last 6 matches.

They’ve managed to rack up 13 during that period while also conceding a total of 7. It will be interesting to find out whether or not that trend will end up being continued on in this game.

Following on from a loss in their previous game against Club Brugge in First Division A competition, Seraing and their travelling fans will hope for a better result here.

The stats don’t lie, and Seraing have been scored against in 5 of their last 6 games, seeing their opponents hit 10 goals in total. Defensively, Seraing have seen their frailties exposed.

Going into this contest, Seraing are undefeated in their last 2 away league matches.

The previous league contest featuring the two was First Division A match day 27 on 11/02/2022 when it finished Seraing 0-1 Antwerp.

On that occasion, Seraing had 33% possession and 8 attempts at goal with 3 of them on target. Their only player to score was Guillaume Dietsch (92' Own goal).

At the other end, Antwerp got 19 attempts at goal with 5 of them on target.

The match was refereed by Arthur Denil.

We feel that Seraing are capable enough to score against this Antwerp lineup, however it realistically won’t be enough to avoid a loss.

We’re expecting a very close game with a 2-1 victory for Antwerp when all is said and done. Should be a good one. 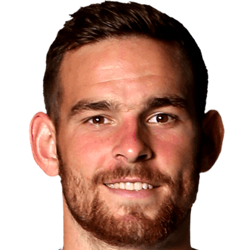 Mostly used in the Striker position, Vincent Janssen was born in Heesch, Netherlands. After having made a senior debut playing for Almere City in the 2013 - 2014 season, the skilful Forward has scored a sum of 5 league goals in this First Division A 2022 - 2023 campaign so far in 8 appearances.

We have made these Antwerp v Seraing predictions for this match preview with the best intentions, but no profits are guaranteed. Please always gamble responsibly, only with money that you can afford to lose. Best of luck.