Rosario Central will be taking on visiting rivals River Plate at Estadio Gigante de Arroyito in the Superliga meeting on Sunday.

All of our predictions, stats and the user poll for Rosario Central v River Plate are shown below - along with the latest match odds.

Rosario Central, buoyed by their previous result, will be hoping for more of the same after a 1-4 Superliga triumph over Colón.

Going into this game, the form guide shows that Rosario Central:

River Plate come into this encounter following on from a 4-0 Superliga win with the eclipse of Racing Club in their previous game.

A succession of resolute displays by the River Plate defence has resulted in their ‘goals against’ tally standing at 1 from their previous 6 outings overall. During the same period of time, their forwards have scored 16. That sort of pattern might not be continued into this match, though.

An examination of their most recent head-to-head meetings stretching back to 15/04/2018 shows us that Rosario Central have won 1 of these games and River Plate 4, with the tally of drawn results being 1.

A combined sum of 13 goals were shared by the two clubs throughout the course of those matches, with 3 for El Canalla and 10 belonging to Los Millonarios. That’s an average goals per game of 2.17.

The Rosario Central manager Kily González will be grateful to have no fitness worries whatsoever before this clash owing to a completely healthy squad to pick from.

Thanks to a completely healthy squad available to select from, the River Plate boss Marcelo Gallardo has zero fitness worries at all ahead of this match.

In our view, Rosario Central could find themselves struggling to break down this River Plate team who we think will likely get the win and a maybe even keep a clean sheet as well.

We therefore see a highly competitive game with a 0-1 advantage for River Plate at the end of this one. 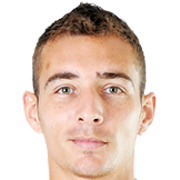 Normally playing in the Striker position, Marco Rubén was born in Argentina. Having made his senior debut playing for Rosario Central in the 2004 - 2005 season, the goalscoring Forward has contributed 11 league goals in this Superliga 2021 campaign so far in 16 appearances.

We have made these Rosario Central v River Plate predictions for this match preview with the best intentions, but no profits are guaranteed. Please always gamble responsibly, only with money that you can afford to lose. Good luck with your selections.