Sutton United are going up against visiting side Rochdale at VBS Community Stadium in this League Two game on Saturday.

Scroll down to see all of the predictions, poll and statistics for Sutton United v Rochdale (including the best match odds).

Sutton United will be looking to improve on their last outing here following the 0-2 League Two losing effort in their last game against Bradford City.

Matt Gray's Sutton United have found the net a sum total of 6 times in their last six outings. At the other end, the number of goals that they have conceded in those same games is 8.

Coming into this contest, Sutton United haven’t won at home in the past 4 league games. Things will have to change soon.

After suffering a loss in their previous game against Mansfield Town in League Two action, Rochdale will be aiming to make amends here.

George Maris (66') was the scorer for Mansfield Town.

The stats don’t lie, and Rochdale have been scored against in 5 of their last 6 matches, seeing their opponents hit 7 goals overall. At the back, Rochdale have some weaknesses to address. We shall soon see if that trend will end up being continued on into this next match.

The previous league match featuring these sides was League Two match day 35 on 05/03/2022 when it finished Sutton United 3-0 Rochdale.

The Sutton United manager Matt Gray has zero fitness worries whatsoever before this game owing to a fully injury-free group to pick from.

Owing to a completely healthy group available to choose from, the Rochdale boss Jim Bentley doesn’t have any fitness worries to speak of ahead of this game.

In our view, Rochdale would be disappointed if they were not to find the net against this Sutton United outfit, although that probably won’t quite be as many as they’ll concede.

We think that it’s going to be a 2-1 winning margin for Sutton United by the conclusion of the game. Should be an interesting one. 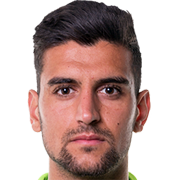 Typically played in the Striker position, Omar Bugiel was born in Germany. Having made his senior debut playing for Forest Green Rovers in the 2016 - 2017 season, the skilful Forward has netted 2 league goals in the League Two 2022 - 2023 season to date in 13 appearances.

While we have made these predictions for Sutton United v Rochdale for this match preview with the best of intentions, no profits are guaranteed. Always gamble responsibly, and with what you can afford to lose.