Return to this page a few days before the scheduled game when this expired prediction will be updated with our full preview and tips for the next match between these teams.
Full-Time Result Prediction for Ross County vs Hearts
Draw
The Premiership game at Global Energy Stadium on Wednesday sees home side Ross County do battle with opponents Hearts.

We feel that Hearts and Ross County should both be able to find the back of the net here although it’s difficult to select a clear winner. Will be interesting to see how this one goes, with a good chance of a draw. We’re therefore expecting a hard-fought score draw at the end of the 90 minutes. Our Ross County v Hearts predictions, statistics and match poll can be seen below - plus the latest betting odds.

Taking a look at their past results, Hearts: 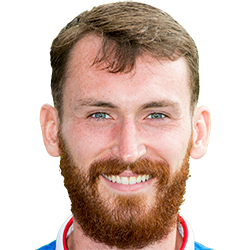 Typically used in the Central Defensive Midfielder position, Joe Chalmers was born in Scotland. Having made a first senior appearance for Celtic in the 2012 - 2013 season, the accomplished Midfielder has managed 3 league goals in this Premiership 2019 - 2020 campaign to date in 14 appearances.

While we have made these predictions for Ross County v Hearts for this match preview with the best of intentions, no profits are guaranteed. Always gamble responsibly, and with what you can afford to lose. Best of luck.