Wycombe Wanderers will be visiting AESSEAL New York Stadium on Tuesday for the League One fixture with home side Rotherham United.

View all of the Rotherham United v Wycombe Wanderers predictions, poll and stats below - along with the latest match odds.

Rotherham United will be looking for a repeat result of a 4-1 League One success over Portsmouth.

Their most recent results shine a light on the fact that things are going according to plan in the Rotherham United rearguard. Rotherham United have been miserly, seeing the total number of goals that have gone past their goalkeeper over the course of their previous 6 outings standing at 3. With no two games being the same, we will just have to wait and see whether such a trend shall continue on in this upcoming game or not.

Coming into this meeting, Rotherham United are undefeated in their previous 3 home league matches.

Wycombe Wanderers come into this clash following a 0-2 League One win to beat Doncaster Rovers in their most recent game.

For Wycombe Wanderers, goals were scored by Anthony Stewart (2') and Adebayo Akinfenwa (17').

Gareth Ainsworth's Wycombe Wanderers have managed to stick the ball in the net 11 times in the course of their latest 6 matches. The aggregate of goals that have been scored against them during those same matches adds up to 7.

A look at their previous results shows us that Wycombe Wanderers:

A look at their prior head to head clashes dating back to 22/01/2011 shows us that Rotherham United have won 1 of these and Wycombe Wanderers 4, with the tally of draws standing at 1.

In all, 15 goals were shared by the two clubs in these games, with 5 from The Millers and 10 for The Blues. This gives an average number of goals per game equal to 2.5.

The last league game between the two was Championship match day 40 on 05/04/2021 when it ended Rotherham United 0-3 Wycombe Wanderers.

On that day, Rotherham United had 62% possession and 19 shots on goal with 7 of them on target.

For their opponents, Wycombe Wanderers got 11 attempts on goal with 5 on target. Admiral Muskwe (2'), Jason McCarthy (24') and David Wheeler (83') scored.

The Rotherham United manager Paul Warne will be grateful to have no fitness concerns at all before this game with a completely healthy group available for selection.

Owing to a fully healthy group available to select from, the Wycombe Wanderers boss Gareth Ainsworth does not have any fitness concerns to report coming into this game.

We feel that Wycombe Wanderers would be disappointed if they were not to get a goal against this Rotherham United side, however it probably won’t quite be enough to prevent defeat.

We’re expecting a very close game with a 2-1 victory for Rotherham United by the time that the referee blows the final whistle. There looks to be little in this one. 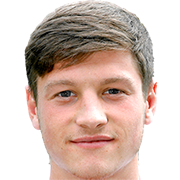 Mostly deployed in the Centre Midfield position, Ben Wiles was born in Rawmarsh, England. Having played his first senior match for Rotherham United in the 2018 - 2019 season, the gifted Midfielder has netted 3 league goals in the League One 2021 - 2022 season to date from a total of 11 appearances.

We have made these Rotherham United v Wycombe Wanderers predictions for this match preview with the best intentions, but no profits are guaranteed. Please always gamble responsibly, only with money that you can afford to lose. Best of luck.