Ural arrive at Volgograd Arena on Sunday for the Premier League clash with home side Rotor Volgograd.

Our tips, poll and stats for Rotor Volgograd v Ural can all be found here (including the best match odds).

Rotor Volgograd prepare for this fixture following on from a 1-1 Premier League stalemate vs Arsenal Tula.

The only player to score from Rotor Volgograd was Danil Stepanov (62'). Kirill Panchenko (5') was the scorer for Arsenal Tula.

It’s been a rare occasion in recent games that Rotor Volgograd have kept a clean sheet. The facts show that Rotor have failed to prevent opponents from scoring in 5 of their previous 6 matches, letting in 8 goals during that time.

Last time out, Ural drew 2-2 in the Premier League tie with Spartak Moscow.

For Ural, the goalscorers were Pavel Pogrebnyak (11') and Rafał Augustyniak (60'). Aleksandr Sobolev (6', 45') scored for Spartak Moscow.

The strike force from Ural have had real problems scoring goals over their previous six games, netting the disappointing return of just 4. In those matches, Bumblebees have also seen the collective goal aggregate against them equal 8. Having said that, it remains to be seen whether that pattern shall be replicated in this next match.

Rotor Volgograd boss Alyaksandr Khatskevich will be thankful to have no fitness worries to speak of coming into this match thanks to a completely healthy squad available for selection. Ineligible players who cannot play in this game through suspension are Sergey Makarov and Azat Bairyev.

From a largely full-strength squad, there is only the sole fitness problem for the Ural manager Yuri Matveyev to be concerned about. Oleg Baklov (Knee Injury) misses out for this game.

We’re inclined to think that Ural and Rotor Volgograd could both end up scoring in what appears to be a good match-up, with little separating these two teams.

It could well end in a draw. Therefore, we predict a tight encounter with a 1-1 draw when the referee blows the full-time whistle. 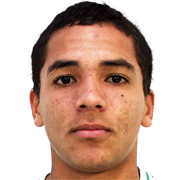 Typically taking up the Striker position, Flamarion was born in Brazil. Having made his senior debut playing for Rotor Volgograd in the 2020 - 2021 season, the skilful Forward has got 2 league goals in the Premier League 2020 - 2021 campaign so far from a total of 6 appearances.

We have made these Rotor Volgograd v Ural predictions for this match preview with the best intentions, but no profits are guaranteed. Please always gamble responsibly, only with money that you can afford to lose. Good luck if you do place a bet today.