Sochaux will be visiting Stade Geoffroy-Guichard on Saturday for the Ligue 2 fixture with hosts St Etienne.

View all St Etienne v Sochaux tips, stats and our pre-match poll below - along with the latest match odds.

St Etienne will be looking for another win after a 0-1 Ligue 2 success over Niort.

The only scorer from St Etienne was Gaëtan Charbonnier (86').

In their prior six games, Laurent Battles's St Etienne have scored a total of 6 times resulting in an average number of goals scored per match equal to 1.

Heading into this contest, St Etienne have not been beaten in their last 2 league matches at home.

After being defeated in their last game at the hands of SM Caen in Ligue 2 competition, Sochaux will be aiming to make amends here.

The only player to score from Sochaux was Moussa Doumbia (8'). Alexandre Mendy (65') and Bilal Brahimi (89') scored for SM Caen.

Olivier Guégan's Sochaux have found the back of the net a total of 5 times in the course of their most recent six matches. The overall goals that have been scored against them during those matches adds up to 7.

Coming into this meeting, Sochaux have not won away from home in their last 5 matches in the league.

Inspecting their past head-to-head meetings dating back to 15/09/2012 tells us that St Etienne have won 2 of these & Sochaux 3, with the tally of draws standing at 1.

A total of 12 goals were produced between them throughout the course of those matches, with 6 for Les Verts and 6 for Les Lionceaux. The average number of goals per game works out to 2.

The previous league contest between these clubs was Ligue 2 match day 11 on 10/10/2022 when it finished Sochaux 2-1 St Etienne.

The St Etienne manager Laurent Battles doesn’t have any fitness concerns whatsoever coming into this game owing to a fully injury-free group available to choose from.

Due to a completely injury-free group ready to go, the Sochaux boss Olivier Guégan has zero fitness concerns to speak of before this game.

We feel that over the course of the game, Sochaux might need a bit of good fortune to be putting a goal past this St Etienne side who we think might well just have the edge.

We’ve gone for a good battle with a 1-0 winning margin for St Etienne at the end of this one. 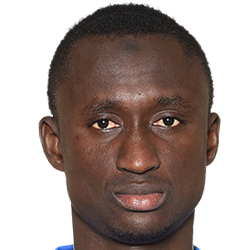 Customarily used in the Striker position, Ibrahima Wadji was born in Bignona, Senegal. After having played his first senior match for Molde FK in the 2017 season, the talented Forward has struck 3 league goals in the Ligue 2 2022 - 2023 season so far coming from a total of 13 appearances.

We have made these St Etienne v Sochaux predictions for this match preview with the best intentions, but no profits are guaranteed. Please always gamble responsibly, only with money that you can afford to lose. We wish you the best of luck.