Return to this page a few days before the scheduled game when this expired prediction will be updated with our full preview and tips for the next match between these teams.
Full-Time Result Prediction for São Paulo vs Corinthians
São Paulo to Win

We’re envisaging that Corinthians will need to push hard to hit the back of the net against this São Paulo lineup who we reckon will gain the upper hand. We’re therefore seeing a very competitive encounter with a 1-0 winning margin for São Paulo at the end of this game. Looking forward to this. To see all of our predictions, user poll & stats for São Paulo v Corinthians, scroll down - along with the latest match odds.

Going into this contest, São Paulo haven't beaten Corinthians in their previous 2 matches in the league. 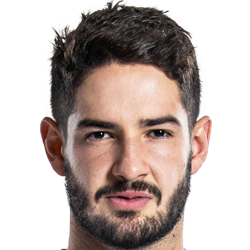 Normally used in the Striker position, Alexander Pato was born in Pato Branco, Brazil. Having made a first senior appearance for Internacional in the 2007 season, the gifted Forward has netted 5 league goals in the Série A 2019 season so far coming from a total of 14 appearances.

We have made these São Paulo v Corinthians predictions for this match preview with the best intentions, but no profits are guaranteed. Please always gamble responsibly, only with money that you can afford to lose. Good luck with your selections.