Scunthorpe United will arrive at Prenton Park on Saturday for the League Two meeting with home team Tranmere Rovers.

For all of our match predictions, pre-game poll and statistics for Tranmere Rovers v Scunthorpe United, scroll down - as well as up-to-date odds.

Tranmere Rovers will be looking for a repeat result of a 2-0 League Two victory versus Barrow.

For Tranmere Rovers, goals were scored by Nicky Maynard (7') and Kieron Morris (87').

Their most recent results reveal that much respect should be given to the Tranmere Rovers defence. Tranmere Rovers have given the opposition little, with the tally of goals that have gone in at their end during their previous six matches standing at 3.

Following on from being defeated in their last game at the hands of Carlisle United in League Two competition, Scunthorpe United and their travelling supporters will be hoping that they can get a better result in this one.

Looking at their form, and Scunthorpe United have been scored against in 5 of their last 6 games, with opponents netting 5 goals in all. At the back, Scunthorpe United seem to have a bit of a soft underbelly. We shall soon find out if that trend will be continued on into this next match.

A look at their previous results shows us that Scunthorpe United:

Checking on their most recent head-to-head meetings going back to 05/05/2012 shows us that Tranmere Rovers have won 3 of these games and Scunthorpe United 1, with the tally of drawn results standing at 2.

A sum of 10 goals were shared by the two clubs in this period, with 7 of them from Super White Army and 3 netted by The Irons. That is an average goals per game value of 1.67.

There’s just the sole fitness concern for the Tranmere Rovers boss Micky Mellon to be concerned about from of an almost fully healthy set of players. Josh McPake (Ankle Injury) won’t play.

Thanks to a completely healthy group available to choose from, the Scunthorpe United boss Keith Hill doesn’t have any fitness worries to speak of ahead of this game.

We’re of the view that Scunthorpe United should get enough chances to score against this Tranmere Rovers team, but that may not quite be enough to prevent defeat.

We are anticipating a very close game with a 2-1 winning margin for Tranmere Rovers when the full-time whistle blows. We are expecting it to be pretty even. 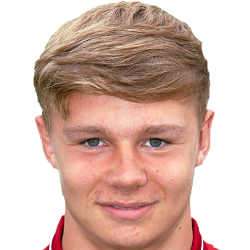 Normally played in the Striker position, Paul Glatzel was born in Liverpool, England. Having made a first senior appearance for Tranmere Rovers in the 2021 - 2022 season, the talented Forward has struck 2 league goals in the League Two 2021 - 2022 season so far in 9 appearances.

We have made these Tranmere Rovers v Scunthorpe United predictions for this match preview with the best intentions, but no profits are guaranteed. Please always gamble responsibly, only with money that you can afford to lose. Good luck!