Sheffield Wednesday line up against visitors Shrewsbury Town at Hillsborough Stadium in this League One match on Saturday.

All of our predictions, stats and the user poll for Sheffield Wednesday v Shrewsbury Town are shown below (inc. the best betting odds).

Sheffield Wednesday will be hoping for a better result following the 3-0 League One loss in their previous game against Plymouth Argyle.

A common feature of recent Sheffield Wednesday games is the high number of scores with a nil in them.

Taking their prior sextet of matches before this one, in as many as 6 of them a bet on both teams scoring would've lost.

In their previous fixture, Shrewsbury Town drew 1-1 in the League One match with Crewe Alexandra.

The only name on the scoresheet from Shrewsbury Town was Sam Cosgrove (19'). Mikael Mandron (44') was the scorer for Crewe Alexandra.

The numbers tell their own story, and Shrewsbury Town have been scored against in 6 of their last 6 matches, letting opponents get 9 goals overall. In defence, Shrewsbury Town could really do with shoring things up. Such a trend might not be continued into this next game, though.

Ahead of this meeting, Shrewsbury Town are without a win away from home in their last 4 league matches.

The Sheffield Wednesday manager Darren Moore has no fitness worries at all coming into this match with a fully healthy squad to pick from.

With a fully injury-free group to choose from, the Shrewsbury Town boss Steve Cotterill doesn’t have any fitness concerns to report ahead of this match.

We’re of the view that Sheffield Wednesday can get amongst the goals when they play Shrewsbury Town, who will not find it easy to break down their defence.

Our selection here is for a 2-0 winning margin for Sheffield Wednesday at the end of the match. 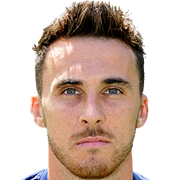 Generally taking to the field in the Striker position, Lee Gregory was born in Sheffield, England. Having made his senior debut playing for Mansfield Town in the 2010 - 2011 season, the goalscoring Forward has hit 2 league goals in this League One 2021 - 2022 campaign so far in a total of 5 appearances.

While we have made these predictions for Sheffield Wednesday v Shrewsbury Town for this match preview with the best of intentions, no profits are guaranteed. Always gamble responsibly, and with what you can afford to lose. Best of luck with your selections.