It’s the fascinating League One Play-offs semi-final showdown between Sheffield Wednesday and Sunderland on Monday. Having come this far, and with the prize for the team that gets through the clash being an appearance in the final of the competition, it promises to be a thrilling encounter.

Our tips, poll and stats for Sheffield Wednesday v Sunderland can all be found here - plus the latest match odds.

Sheffield Wednesday will be hoping to return to winning ways here after the 1-0 League One Play-offs defeat last time out to Sunderland.

A succession of very capable displays from the Sunderland defensive unit has seen their ‘goals against’ tally standing at 4 from their last 6 fixtures combined. Over that same period, the number of goals that they have scored themselves is 11. That trend won’t necessarily be sustained into this match, however.

Looking at their past head to head meetings going back to 16/08/2017 shows us that Sheffield Wednesday have won 3 of them & Sunderland 2, with the number of drawn games standing at 1.

A total of 17 goals were shared by the two clubs throughout the course of those matches, with 9 of them from The Owls and 8 being from The Black Cats. The average goals per game has been 2.83.

Out of a mainly healthy group of players, there’s just the one fitness problem for the Sunderland boss Alex Neil to be concerned about. Jordan Willis (Patella rupture) won’t be in action.

We’re envisaging that Sunderland will have a tough ask to see themselves scoring against this Sheffield Wednesday outfit who we think will score at least once to gain the upper hand.

We’re therefore expecting a good battle with a 1-0 winning margin for Sheffield Wednesday at the end of the 90 minutes. 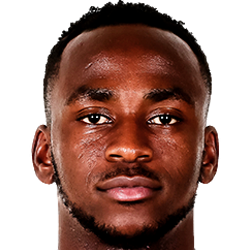 Usually taking up the Striker position, Saido Berahino was born in Bujumbura, Burundi. Having made a first senior appearance for Northampton Town in the 2011 - 2012 season, the dangerous Forward has contributed 8 league goals in this League One 2021 - 2022 campaign to date in 29 appearances.

While we have made these predictions for Sheffield Wednesday v Sunderland for this match preview with the best of intentions, no profits are guaranteed. Always gamble responsibly, and with what you can afford to lose. Good luck if you do place a bet today.