Weymouth won’t want a repeat of their last result here after the 3-2 National League loss in their previous game against Eastleigh.

It has been a rare occasion in recent times that Weymouth have shown defensive steel. The reality is that Weymouth have failed to prevent opponents from scoring in 6 of their previous 6 clashes, leaking 17 goals during that time. That sort of pattern isn’t assured to be carried forward into this next game, however.

In their last fixture, Southend United drew 1-1 in the National League match with Bromley.

The only player to score from Southend United was Matthew Dennis (67'). Michael Cheek (64') scored for Bromley.

Coming into this fixture, Southend United haven’t won away from home in the past 2 matches in the league.

The Weymouth manager Brian Stock will be grateful not to have any fitness worries to speak of before this game owing to a completely injury-free squad available to select from.

Out of a mainly full-strength group of players, there’s just the sole fitness worry for the Southend United manager Kevin Maher to be concerned with. Abu Ogogo (Heart Condition) won’t be playing here.

Southend United and Weymouth should play out a closely-fought contest here.

A draw looks like a realistic possibility, but we’ll see what happens. We’re therefore tipping a score draw when all is said and done. 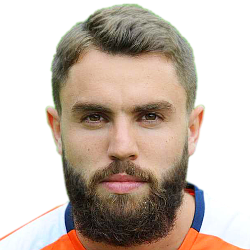 Mostly taking to the field in the Striker position, Josh McQuoid was born in Southampton, England. Having made a first senior appearance for Bournemouth in the 2006 - 2007 season, the dangerous Forward has managed 4 league goals in the National League 2021 - 2022 campaign to date coming from a total of 19 appearances.

We have made these Weymouth v Southend United predictions for this match preview with the best intentions, but no profits are guaranteed. Please always gamble responsibly, only with money that you can afford to lose. Best of luck.