Return to this page a few days before the scheduled game when this expired prediction will be updated with our full preview and tips for the next match between these teams.
SSV Jahn Regensburg will be the visitors at Stadion an der Bremer Brücke on Friday for the Bundesliga 2 game with home team VfL Osnabrück. Our full set of predictions, statistics and match poll for VfL Osnabrück v SSV Jahn Regensburg can be seen below (plus the best game odds).

VfL Osnabrück will be looking for another win after the 0-2 Bundesliga 2 triumph against SpVgg Greuther Fürth. For VfL Osnabrück, the goals were scored by David Blacha (9') and Niklas Schmidt (58').

Matches with VfL Osnabrück have often been lively affairs of late with high scoring being the norm. Over their past 6 games alone, the sum total of 22 goals have flown in for both sides combined (at an average of 3.67 goals per game) with 8 of these being chalked up by Osnabrück. In any event, we’ll just have to find out whether such a trend might be maintained in this upcoming game.

Looking at their past form shows that VfL Osnabrück:

The stats don’t lie, and SSV Jahn Regensburg have been scored against in 5 of their last 6 matches, conceding 10 goals in all. In defence, Die Jahn have some weaknesses to address.

Ahead of this clash, SSV Jahn Regensburg have not won away from home in their last 4 league games.

A look at their past head-to-head meetings dating back to 10/05/2014 tells us that VfL Osnabrück have won 2 of these & SSV Jahn Regensburg 1, with the number of drawn matches being 3.

A sum of 16 goals were scored between them throughout the course of those matches, with 9 from Osnabrück and 7 belonging to Die Jahn. That is an average goals per game value of 2.67.

The last league fixture between these sides was Bundesliga 2 match day 12 on 01/11/2019 and the score finished SSV Jahn Regensburg 3-3 VfL Osnabrück. The match was refereed by Robert Kampka.

Our assessment is that SSV Jahn Regensburg have enough to find the net against this VfL Osnabrück lineup, although that is unlikely to be as many as they’ll concede. We are anticipating a very close game with a 2-1 winning margin for VfL Osnabrück after the 90. Let’s see what happens here.

Both Teams to Score Prediction for Osnabruck vs Regensburg
Yes 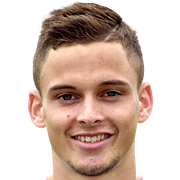 Mostly deployed in the Central Defensive Midfielder position, Moritz Heyer was born in Germany. Having made a first senior appearance for Sportfreunde Lotte in the 2016 - 2017 season, the talented Midfielder has struck 4 league goals in this Bundesliga 2 2019 - 2020 campaign to date coming from a total of 27 appearances.

While we have made these predictions for VfL Osnabrück v SSV Jahn Regensburg for this match preview with the best of intentions, no profits are guaranteed. Always gamble responsibly, and with what you can afford to lose. Best of luck with your selections.