The National League match at Edgeley Park on Wednesday will see home side Stockport County prepare for the visit of Torquay United.

All Stockport County v Torquay United match predictions, user poll and stats are shown below - plus the latest match odds.

Stockport County won’t want a repeat of their last result here following a 3-0 National League loss in their previous game against Wrexham.

Dave Challinor's Stockport County have hit the target a sum total of 5 times over their last six outings. At the other end, the number of goals that have been scored against them in that time is 9.

Taking a look at their past results, Stockport County:

Torquay United go into this match following on from a 2-0 National League win to beat Chesterfield in their most recent fixture.

For Torquay United, the goalscorers were Stephen Duke-McKenna (70') and Armani Little (81').

A succession of accomplished performances by the Torquay United defence has resulted in their ‘goals against’ tally amounting to 3 from their past 6 outings overall. Over that same period of time, their own forwards have managed to score 5. We will have to see if that trend will end up being continued on here.

Coming into this fixture, Torquay United have not lost to Stockport County in games played away from home for the previous 3 league matches.

An examination of their prior head to head clashes stretching back to 05/02/2011 tells us that Stockport County have won 1 of these games and Torquay United 4, with the number of drawn results standing at 1.

A total of 20 goals were scored between the two sides in this period, with 8 of them for The Hatters and 12 for The Gulls. That’s an average goals per game figure of 3.33.

The previous league match featuring the two was National League match day 20 on 11/12/2021 when it finished Torquay United 2-1 Stockport County.

The match was refereed by Lee Collins.

The Stockport County manager Dave Challinor does not have any fitness worries at all before this match owing to a completely healthy group to pick from. Will Collar cannot play in this game through suspension.

Due to a fully injury-free group to pick from, the Torquay United manager Gary Johnson doesn’t have any fitness worries to report before this clash.

Our thinking is that Stockport County will likely fashion enough chances to find the net more than once while possibly not conceding when they line up against Torquay United, who will be up against it to break down their defence.

Accordingly, we see a controlled 2-0 victory for Stockport County at the end of this one. 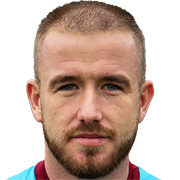 Mostly playing in the Striker position, Paddy Madden was born in Dublin, Rep. Ireland. Having made a first senior appearance for Bohemian FC in the 2008 season, the goalscoring Forward has scored a sum of 21 league goals in this National League 2021 - 2022 season so far coming from a total of 40 appearances.

While we have made these predictions for Stockport County v Torquay United for this match preview with the best of intentions, no profits are guaranteed. Always gamble responsibly, and with what you can afford to lose. We wish you the best of luck.