Venezia come up against away team Südtirol-Alto Adige at Stadio Pier Luigi Penzo in this Serie B match on Saturday.

View all of the Venezia v Südtirol-Alto Adige predictions, poll and stats below including the latest game odds.

Venezia enter this match coming off the back of a 0-0 Serie B drawn result versus Südtirol-Alto Adige.

It’s not been often in recent games where Venezia have managed to hold out for a full 90 minutes. The facts show that Venezia have been scored against in 5 of their previous 6 clashes, letting in 8 goals in the process.

Taking a look at their past results, Venezia:

The trend of at least one team drawing a blank in games involving Südtirol-Alto Adige has been evident recently. Examining their last 6 meetings shows that this has occurred 5 times. In those clashes, their opponents have hit a goal total of 5 and Südtirol-Alto Adige have scored 4. That trend won’t necessarily be sustained into this match, though.

A look at their most recent head to head meetings dating back to 13/10/2013 shows us that Venezia have won 2 of these & Südtirol-Alto Adige 1, with the tally of drawn matches being 3.

An aggregate of 13 goals were scored between the two sides during those clashes, with 8 from Arancioneroverdi and 5 netted by Biancorossi. This gives an average number of goals per game equal to 2.17.

The previous league meeting between these sides was Serie B match day 2 on 21/08/2022 which finished with the scoreline of Südtirol-Alto Adige 1-2 Venezia.

On that occasion, Südtirol-Alto Adige managed 37% possession and 5 attempts on goal with 1 on target. The goals were scored by Raphael Odogwu (60') and Marco Curto (95' Own goal).

On the other side, Venezia had 19 attempts at goal with 6 of them on target. Mickaël Cuisance (83') scored.

Regarding absentees, there’s just the sole fitness concern for the Venezia gaffer Paolo Vanoli to be concerned with thanks to an almost full-strength group. Denis Cheryshev (Biceps femoris muscle injury) won’t play.

Out of a mainly available group of players, there is just a single fitness problem for the Südtirol-Alto Adige gaffer Pierpaolo Bisoli to be concerned about. Simone Davì (Unknown Injury) won’t be playing here.

We believe that Südtirol-Alto Adige could well find it tough to register a score against this Venezia outfit who should get the win and a maybe even keep a clean sheet as well.

We’re therefore seeing a 1-0 winning margin for Venezia when all is said and done. 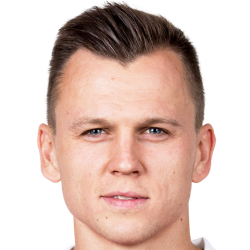 Generally used in the Left Wing position, Denis Cheryshev was born in Nizhny Novgorod, Russia. After making a first senior appearance for Real Madrid B in the 2010 - 2011 season, the dangerous Forward has struck 3 league goals in the Serie B 2022 - 2023 campaign to date in a total of 10 appearances.

While we have made these predictions for Venezia v Südtirol-Alto Adige for this match preview with the best of intentions, no profits are guaranteed. Always gamble responsibly, and with what you can afford to lose. We wish you the best of luck.