Sturm Graz are the guests at Josko Arena on Saturday for the Bundesliga fixture with hosts SV Ried.

Our tips, poll and stats for SV Ried v Sturm Graz can all be found here - plus the latest match odds.

SV Ried will be looking for a repeat result of the 1-0 Bundesliga triumph vs SC Austria Lustenau.

In that match, SV Ried had 50% possession and 13 shots at goal with 3 on target. The only player to score for SV Ried was Julian Wießmeier (20'). On the other side, Austria Lustenau had 15 attempts on goal with 4 on target.

Their latest results shine a light on the fact that things are going according to plan in the SV Ried defence. SV Ried have been mean at the back, seeing the number of goals that have flown into the back of their net over the course of their previous 6 clashes standing at 4.

Since a loss in their previous game against Dynamo Kyiv in UCL Qualifiers competition, Sturm Graz and their travelling supporters will be hoping that they can get a better result in this one.

The stats tell the story, and Sturm Graz have been scored against in 5 of their last 6 games, letting opponents get 11 goals overall. In defence, Sturm Graz could really do with shoring things up. Let’s find out whether or not that trend will end up being continued on in this game.

Looking at their past form shows that Sturm Graz:

A glance at their most recent head-to-head clashes stretching back to 15/04/2017 tells us that SV Ried have won 1 of them & Sturm Graz 4, with the tally of drawn results standing at 1.

A combined sum of 14 goals were produced between them during those clashes, with 5 of them for SV Ried and 9 belonging to die Schwoazn. The average number of goals per game works out to 2.33.

The last league encounter featuring the two was Bundesliga match day 22 on 06/03/2022 and the score finished SV Ried 2-2 Sturm Graz.

For their opponents, Sturm Graz had 16 shots on goal with 5 of them on target. Manprit Sarkaria (66') and Gregory Wüthrich (87') scored.

Sturm Graz manager Christian Ilzer has to choose from a squad that has some fitness concerns. Niklas Geyrhofer (Cartilage Damage), Jakob Jantscher (Torn Muscle Fibre) and Otar Kiteishvili (Achilles tendon problems) will miss out on this game.

Here is a game where SV Ried will have to play well to register a score against this Sturm Graz side who we think should be able to grind out a win.

We’re therefore predicting a hard-fought contest, finishing with a 0-1 winning margin for Sturm Graz when all is said and done. 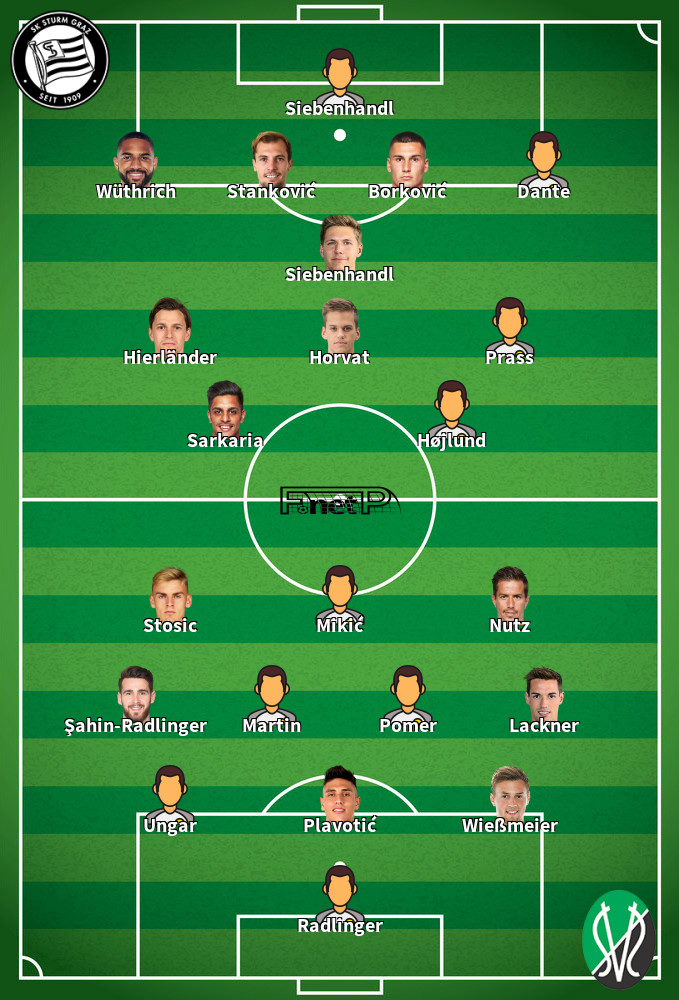 While we have made these predictions for SV Ried v Sturm Graz for this match preview with the best of intentions, no profits are guaranteed. Always gamble responsibly, and with what you can afford to lose. Best of luck.