Teplice face off with visiting club Viktoria Plzeň at ACG Aréna Na Stínadlech in the First League tie on Sunday.

To see all of our predictions, user poll & stats for Teplice v Viktoria Plzeň, scroll down - as well as the best betting odds.

Teplice will be hoping to return to winning ways here after a 3-2 First League defeat in their last game at the hands of FC Slovácko.

It’s been seldom in recent games that Teplice haven’t conceded. The facts show that Teplice have failed to prevent opponents from scoring in 5 of their previous 6 games, leaking 13 goals along the way. That sort of trend won’t necessarily be carried forward into this game, though.

Taking a look at their past results, Teplice:

Viktoria Plzeň will go into this game after a 2-1 First League win over Tescoma Zlín in their last fixture.

The only scorer from Viktoria Plzeň was Jean-David Beauguel (6', 84'). Lukáš Vraštil (15') scored for Tescoma Zlín.

The numbers tell their own story, and Viktoria Plzeň have been scored against in 5 of their last 6 matches, seeing opposing sides hit 8 goals overall. Defensively, Viktoria Plzeň just haven’t been too solid at all.

Heading into this fixture, Viktoria Plzeň haven't been defeated by Teplice when they've played them away from home in the last 2 league games.

A review of their past head-to-head meetings going back to 07/10/2018 tells us that Teplice have won 1 of them & Viktoria Plzeň 3, with the number of drawn results being 2.

A combined sum of 16 goals were scored between them in this period, with 4 from Skláři and 12 being from Viktorka. That is an average goals per game value of 2.67.

The last league encounter featuring these sides was First League match day 28 on 21/04/2021 when the final score was Teplice 0-1 Viktoria Plzeň.

The match was refereed by Emanuel Marek.

Almost everyone can be considered, as there’s just a single fitness concern for the Teplice boss Radim Kučera to contend with due to a largely intact group of players. Patrik Zitny (Cruciate Ligament Rupture) is sidelined.

Due to a fully injury-free squad available to select from, the Viktoria Plzeň boss Michal Bilek has zero fitness concerns whatsoever ahead of this clash.

Our thinking is that Teplice should get enough chances to put a goal past this Viktoria Plzeň side, however a single goal is unlikely to be as many as the goals that they could concede.

Our tip is for a 1-2 winning score for Viktoria Plzeň at the end of the 90 minutes. We are expecting it to be pretty even. 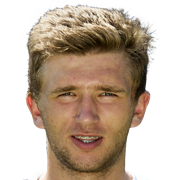 Typically taking up the Left Attacking Midfielder position, Daniel Trubač was born in Czech Republic. Having played his first senior match for Hradec Králové in the 2014 - 2015 season, the accomplished Midfielder has got 2 league goals in the First League 2021 - 2022 campaign so far coming from a total of 9 appearances.

While we have made these predictions for Teplice v Viktoria Plzeň for this match preview with the best of intentions, no profits are guaranteed. Always gamble responsibly, and with what you can afford to lose. We wish you the best of luck.