Vélez Sarsfield will be visiting Estadio José Dellagiovanna on Sunday for the Superliga game with home side Tigre.

View all of the Tigre v Vélez Sarsfield predictions, poll and stats below - plus the latest match odds.

Tigre enter this match following on from a 1-1 Superliga drawn result against Godoy Cruz.

Tigre have not been the best at stopping their opponents lately, although they’ve also found ways to convert their own chances into goals. Analysis of their previous 6 games shows that Tigre have been punished defensively in 5 of them while also managing to get on the scoresheet in 5 of those games.

In their last fixture, Vélez Sarsfield drew 2-2 in the Superliga match with Arsenal de Sarandí.

Going into this game, the form guide shows that Vélez Sarsfield:

Looking at their past head to head clashes stretching back to 13/09/2015 shows that Tigre have won 2 of these and Vélez Sarsfield 4, with the number of drawn games standing at 0.

A total of 20 goals were produced between them in these games, with 8 of them from Matadores and 12 netted by El Fortín. That’s an average goals per game figure of 3.33.

The previous league game between these sides was Copa de la Liga Profesional match day 13 on 30/04/2022 when it finished Vélez Sarsfield 3-2 Tigre.

On that day, Vélez Sarsfield managed 40% possession and 14 shots at goal with 8 on target. The goalscorers were José Florentín (26'), Lucas Janson (33') and Julián Fernández (40').

For their opponents, Tigre got 12 shots at goal with 3 of them on target. Agustín Obando (23') and Sebastían Prieto (87') scored.

The Tigre manager Diego Martínez will be happy not to have any fitness worries at all ahead of this clash with a fully injury-free group to pick from.

In our view, Vélez Sarsfield will need to push hard to get anything against this Tigre lineup who will likely score one, at least.

We’re going for a highly competitive game with a 1-0 win for Tigre at the conclusion of the game. 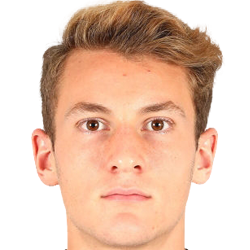 Usually played in the Striker position, Facundo Colidio was born in Rafaela, Argentina. Having made a first senior appearance for Sint-Truidense VV in the 2019 - 2020 season, the skilful Forward has hit 3 league goals in this Primera División 2022 campaign so far coming from a total of 18 appearances.

We have made these Tigre v Vélez Sarsfield predictions for this match preview with the best intentions, but no profits are guaranteed. Please always gamble responsibly, only with money that you can afford to lose. Best of luck.