Not long now until World Cup action scheduled for Monday when United States will take on Wales.

United States will play in this game following on from a 0-0 International Friendlies drawn match vs Saudi Arabia.

An interesting theme in recent United States games is seeing a zero in the scoreline.

From their prior sextet of matches before this one, in 5 of them a bet on BTTS would've been a losing one.

Following on from tasting defeat last time out to Poland in Nations League action, Wales will be aiming to make amends here.

The stats don’t lie, and Wales have been scored against in 5 of their last 6 matches, with opponents netting 9 goals overall. At the back, Wales have some weaknesses to address. Previous results aside, we will just have to wait and see whether the trend will be replicated in this next game.

We feel that Wales and United States could both end up scoring in a what should be a good tussle with little between the two teams.

Let’s see how this one goes, but it looks this could be a draw. We’re therefore predicting a very close game with a 1-1 draw at the end of the 90. 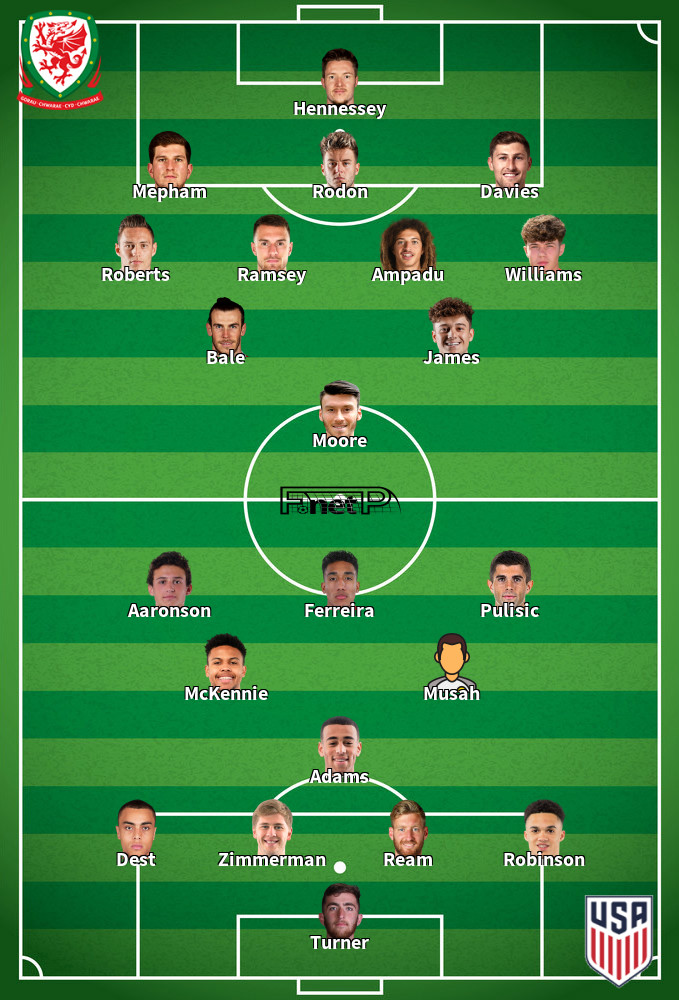 We have made these United States v Wales predictions for this match preview with the best intentions, but no profits are guaranteed. Please always gamble responsibly, only with money that you can afford to lose. Best of luck.