Vegalta Sendai will face off against visitors Yokohama FC at Yurtec Stadium Sendai in this J2 League meeting on Saturday.

All Vegalta Sendai v Yokohama FC match predictions, user poll and stats are shown below - along with the latest match odds.

Vegalta Sendai prepare for this match after a 2-2 J2 League drawn result vs Tokushima Vortis.

Looking at their past form shows that Vegalta Sendai:

In their previous fixture, Yokohama FC drew 1-1 in the J2 League tie with Zweigen Kanazawa.

The only scorer from Yokohama FC was Koki Ogawa (11'). Honoya Shoji (75') was the scorer for Zweigen Kanazawa.

Analysis of their past results shows that Yokohama FC:

Looking at the statistics for their head to head duels going back to 07/10/2009, there has been little to separate the clubs with Vegalta Sendai winning 1 of those games, Yokohama FC 1 and 4 being drawn in regulation time.

A total of 10 goals were scored between them in these games, with 5 from Vegalta and 5 belonging to Yokohama. The average goals per game has been 1.67.

Thanks to a largely full-strength group of players, there’s just a single fitness issue for the Yokohama FC manager Shuhei Yomoda to be concerned with. Hideto Takahashi (Sprained Ankle) won’t be playing here.

We are of the inclination to think that Yokohama FC and Vegalta Sendai could both end up scoring in what appears to be a good match-up, with little separating these two teams.

Let’s see how it plays out, but a draw is looking likely to us. We therefore think that it’s going to be a score draw at the end of this game. 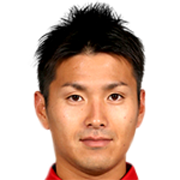 Mostly taking up the Right Attacking Midfielder position, Yasushi Endo was born in Miyagi, Japan. After having played his first senior match for Kashima Antlers in the 2007 season, the talented Midfielder has struck 4 league goals in this J2 League 2022 campaign to date in a total of 17 appearances.

While we have made these predictions for Vegalta Sendai v Yokohama FC for this match preview with the best of intentions, no profits are guaranteed. Always gamble responsibly, and with what you can afford to lose. Good luck if you do place a bet today.