The First League game at Stadion Na Litavce on Saturday will see hosts FK Příbram fighting it out with opponents FC Slovácko.

View all of the FK Příbram v FC Slovácko predictions, poll and stats below (plus the best game odds).

Pavel Horváth's FK Příbram have seen rewards for their attempts on goal 5 times in their prior six outings. The corresponding number of goals that have been scored against them in those games stands at 8.

A look at their previous results shows us that FK Příbram:

FC Slovácko come into this clash after a 2-0 First League win with the eclipse of Teplice in their most recent outing.

For FC Slovácko, goals were scored by Jan Kalabiška (4') and Václav Jurečka (89').

A run of very capable performances from the FC Slovácko defensive players has seen their ‘goals against’ tally amounting to 4 from their last 6 clashes overall. In that period of time, their own attack force has managed to score 12. Regardless, we must now wait to see whether such a trend might be maintained in this next game.

Ahead of this clash, FC Slovácko haven't been beaten by FK Příbram when they have played them away from home in the previous 4 league matches. A very good record, indeed.

Looking over their past head to head results going back to 03/11/2018 shows that these encounters have been a source of anguish for FK Příbram. They have not managed to register any victories at all whereas FC Slovácko have been too good for them, finishing as winners in 100% of those matches.

Loads of goals were seen in those games, too - 24 in total which averages out at 4 goals per meeting.

The previous league contest featuring the two was First League match day 4 on 14/11/2020 which finished with the scoreline of FC Slovácko 5-1 FK Příbram.

FK Příbram manager Pavel Horváth does not have any fitness concerns to speak of coming into this game owing to a fully injury-free group to choose from.

Due to a mostly full-strength group of players, there is just the one fitness worry for the FC Slovácko manager Martin Svědík to contend with. Vlastimil Danicek (Muscular problems) won’t be playing here.

We’ve got the feeling that FK Příbram will really need to work well to find the net against this FC Slovácko outfit who we think will manage to score & go ahead.

That’s why our selection here is for a very even match with a 0-1 victory for FC Slovácko at full-time. 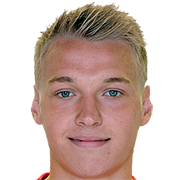 Usually taking to the field in the Left Wing position, Stanislav Vávra was born in Czech Republic. After having played his first senior match for FC Brno in the 2013 - 2014 season, the talented Forward has bagged 2 league goals in this First League 2020 - 2021 campaign to date in 18 appearances.

We have made these FK Příbram v FC Slovácko predictions for this match preview with the best intentions, but no profits are guaranteed. Please always gamble responsibly, only with money that you can afford to lose. We wish you the best of luck.