The Bundesliga 1 game at The Stadion An der Alten Försterei on Saturday will see home side Union Berlin play against Hoffenheim.

For all of our match predictions, pre-game poll and statistics for Union Berlin v Hoffenheim, scroll down - as well as the best betting odds.

Union Berlin will be hoping to return to winning ways here after the 4-1 Bundesliga 1 defeat last time out to Freiburg.

In their past 6 games, Urs Fischer's Union Berlin have managed to score a total of 7 times, with that being an average number of goals scored per match of 1.17.

A look at their previous results shows us that Union Berlin:

Following on from being defeated in their last game at the hands of VfL Wolfsburg in Bundesliga 1 competition, Hoffenheim and their travelling fans will hope for a better result here.

The numbers tell their own story, and Hoffenheim have been scored against in 6 of their last 6 matches, seeing opposing sides hit 13 goals in total. In defence, Hoffenheim have not been doing too well.

Analysis of their past results shows that Hoffenheim:

If we look at their past head to head duels going back to 17/12/2019, it’s been all-even between these two clubs with Union Berlin winning 2 of those games, Hoffenheim 2 and 2 being draws in normal time.

A total of 19 goals were scored between them during those clashes, with 8 of them from Union and 11 netted by Hoffenheim. This gives an average number of goals per game equal to 3.17.

The previous league clash between these clubs was Bundesliga 1 match day 19 on 15/01/2022 when the final score was Union Berlin 2-1 Hoffenheim.

At the other end, Hoffenheim had 11 shots at goal with 4 of them on target.

When taking all factors into account, Hoffenheim would be disappointed if they were not to break down this Union Berlin outfit, however that probably won’t be enough to prevent defeat.

We think that it’s going to be a tight encounter finishing with a 2-1 winning margin for Union Berlin by the time that the referee blows the final whistle. There shouldn’t be much in it, either way. 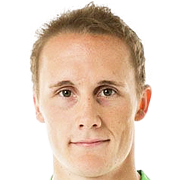 Generally taking up the Striker position, Sven Michel was born in Freudenberg, Germany. Having played his first senior match for Energie Cottbus in the 2013 - 2014 season, the talented Forward has hit 3 league goals in the Bundesliga 2022 - 2023 season to date from a total of 11 appearances.

We have made these Union Berlin v Hoffenheim predictions for this match preview with the best intentions, but no profits are guaranteed. Please always gamble responsibly, only with money that you can afford to lose. We wish you the best of luck.