The Premiership tie at Celtic Park on Sunday sees home side Celtic ready themselves for the visit of Aberdeen.

For all of our match predictions, pre-game poll and statistics for Celtic v Aberdeen, scroll down - plus the latest betting odds.

Celtic will be looking for another win after a 1-0 Premiership success versus Aberdeen.

In that game, Celtic had 42% possession and 2 shots at goal with 1 of them on target. The scorer for Celtic was Stephen Welsh (3'). For their opponents, Aberdeen got 0 attempts at goal with 0 on target.

Matches involving Celtic have tended to be entertaining encounters lately with a lot of goalmouth action being a common characteristic. Over their past six games, a grand total of 20 goals have gone in for both sides combined (at an average of 3.33 goals per game) with 15 of them accredited to Celtic.

A run of dependable showings from the Aberdeen defensive unit has seen the number of goals they’ve conceded standing at 1 from their past 6 fixtures overall. Over that same period of time, the number of goals that they have scored themselves amounts to 12. We will just have to see whether or not that trend will be continued on in this game.

An inspection of past results between these clubs stretching back to 17/02/2021 shows that these fixtures have not been happy ones for Aberdeen. They have not been able to come away with any victories at all whereas Celtic have just been too good for them, beating them in 83 per cent of those ties.

A sum of 15 goals were scored between them in these games, with 10 of them for The Bhoys and 5 created by The Dons. This gives an average number of goals per game equal to 2.5.

The Celtic manager Ange Postecoglou has no fitness worries at all before this clash with a completely injury-free squad available to choose from.

From a largely healthy group of players, there’s just the lone fitness issue for the Aberdeen boss Jim Goodwin to be concerned about. Connor Barron (Knee Injury) won’t be in action.

In this game, Aberdeen have the ability to break down this Celtic outfit, but that might not be as many as they’ll concede.

We reckon that it will be a very close game with a 2-1 advantage for Celtic at full-time. Could easily see this go either way. 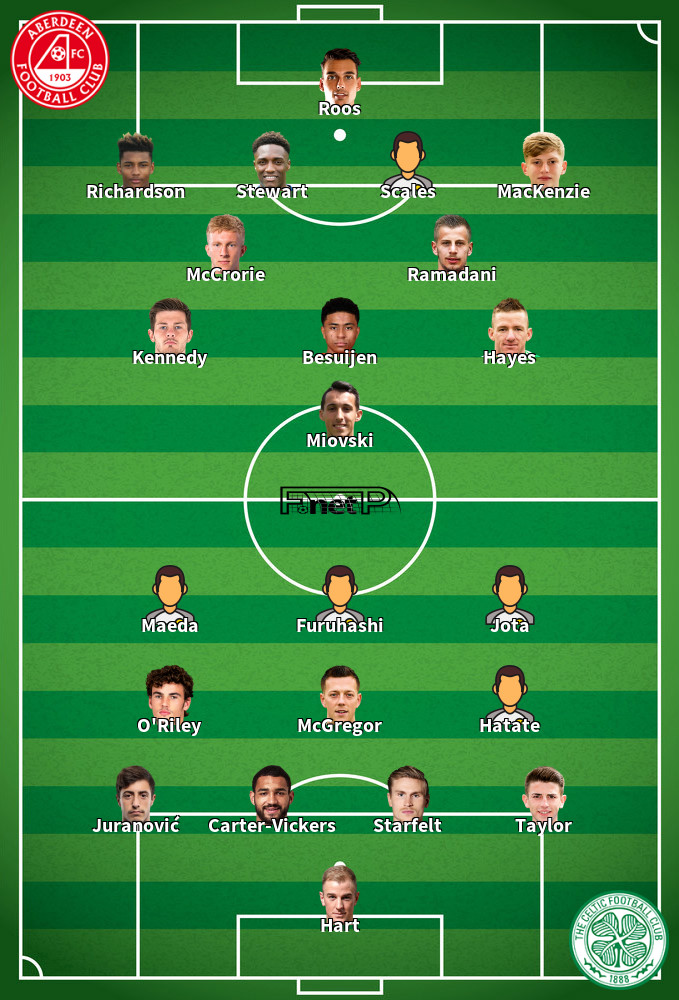 While we have made these predictions for Celtic v Aberdeen for this match preview with the best of intentions, no profits are guaranteed. Always gamble responsibly, and with what you can afford to lose. Good luck if you do place a bet today.