Aberdeen meet the visiting Kilmarnock at Pittodrie Stadium in this Premiership match on Saturday.

To see all of our predictions, user poll & stats for Aberdeen v Kilmarnock, scroll down - along with the latest match odds.

Aberdeen won’t want a repeat of their last result here after a 1-0 Premiership defeat last time out to Celtic.

A common theme in more recent Aberdeen games is the number of nil scores.

From their previous 6 matches leading up to this one, in as many as 6 of them a bet on both teams scoring would've lost. Such a pattern might not follow through into this match, of course.

Their past results show that Aberdeen:

After a loss in their previous game against Rangers in Premiership competition, Kilmarnock will be aiming to make amends here.

The numbers tell their own story, and Kilmarnock have been scored against in 6 of their last 6 games, with opponents netting 13 goals in all. In defence, Killie have not been doing too well.

Looking at their past form shows that Kilmarnock:

A review of past results between these clubs going back to 02/11/2019 tells us that these encounters have not been kind to Kilmarnock. They’ve not managed to get themselves any victories whatsoever while Aberdeen have been superior, running out winners in 67 per cent of those games where they have faced each other.

A total of 17 goals were scored between the two sides in these games, with 12 of them for The Dons and 5 being from Killie. This gives an average number of goals per game equal to 2.83.

Thanks to a largely available squad, there is only a single fitness problem for the Kilmarnock gaffer Tommy Wright to be concerned with. Stuart Findlay (Ankle Injury) misses out for this game.

Our assessment is that Aberdeen should really fashion enough chances to find the net more than once while possibly not conceding when they play Kilmarnock, who might well find it difficult finding the net themselves.

We’re predicting a controlled 2-0 winning score for Aberdeen at full-time. 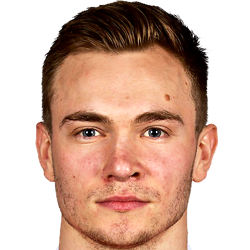 Typically taking up the Right Attacking Midfielder position, Ryan Hedges was born in Swansea, Wales. After having played his first senior match for Leyton Orient in the 2014 - 2015 season, the dangerous Midfielder has accumulated 4 league goals in this Premiership 2020 - 2021 campaign to date in a total of 25 appearances.

While we have made these predictions for Aberdeen v Kilmarnock for this match preview with the best of intentions, no profits are guaranteed. Always gamble responsibly, and with what you can afford to lose. We wish you the best of luck.