Return to this page a few days before the scheduled game when this expired prediction will be updated with our full preview and tips for the next match between these teams.
Full-Time Result Prediction
👉
Vejle BK to Win

AC Horsens will host away side Vejle BK at CASA Arena Horsens in the Superliga fixture on Friday.

View all AC Horsens v Vejle BK tips, stats and our pre-match poll below - as well as the best betting odds.

AC Horsens, who won their previous game, will hope for a similar result following the 1-0 Superliga success against Aalborg BK.

It’s been seldom in recent times where AC Horsens have shown defensive steel. It will be a concern for them that Den Gule Fare have failed to prevent opponents from scoring in 5 of their previous 6 clashes, giving up 11 goals during that time. That kind of trend won’t necessarily be carried forward into this game, of course.

Ahead of this clash, AC Horsens have not emerged victorious against Vejle BK in their previous 2 matches in the league.

Since being defeated in their last game at the hands of SønderjyskE in Superliga action, Vejle BK and their travelling supporters will be hoping that they can get a better result in this one.

The trend of at least one team not scoring a goal in games involving Vejle BK has become noticeable recently. Examining their last six meetings shows that this has occurred 5 times. During these clashes, opposing sides have managed a goal tally of 7 while De Røde have scored 5.

Coming into this clash, Vejle BK have not registered a win against AC Horsens in games played away from home for the previous 2 league matches.

An examination of their prior head-to-head meetings going back to 05/11/2018 tells us that AC Horsens have won 1 of them & Vejle BK 3, with the tally of draws standing at 2.

A combined sum of 14 goals were scored between them throughout the course of those matches, with 4 of them from Den Gule Fare and 10 being from De Røde. That’s an average goals per game of 2.33.

The previous league contest between these sides was Superliga match day 4 on 22/04/2021 when it ended Vejle BK 3-0 AC Horsens.

For their opponents, AC Horsens got 3 attempts at goal with 2 on target.

It doesn’t get much better regarding selection, with just the sole fitness concern for the AC Horsens manager Jens Askou to be concerned with from an otherwise fully-primed group of players. Jannik Pohl (Heel Bone Injury) won’t play.

With a fully healthy squad ready to go, Vejle BK manager Constantin Gâlcă has zero fitness worries to report coming into this clash.

We think that AC Horsens will have to play well to get anything against this Vejle BK lineup who we think will likely manage to score & go ahead.

We’ve gone for a very even contest with a 0-1 win for Vejle BK at the end of this one. 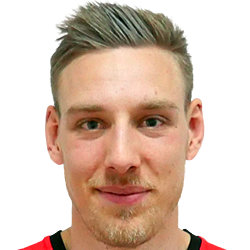 Regularly taking up the Striker position, Nicolai Brock-Madsen was born in Randers, Denmark. Having made his senior debut playing for Randers in the 2012 - 2013 season, the gifted Forward has contributed 2 league goals in this Superliga 2020 - 2021 campaign so far coming from a total of 19 appearances.

While we have made these predictions for AC Horsens v Vejle BK for this match preview with the best of intentions, no profits are guaranteed. Always gamble responsibly, and with what you can afford to lose. Good luck!