Benevento are the guests at Stadio Giuseppe Meazza on Saturday for the Serie A fixture with home team AC Milan.

For all of our match predictions, pre-game poll and statistics for AC Milan v Benevento, scroll down (plus the best game odds).

AC Milan will be hoping for a better result following the 3-0 Serie A loss in their previous game against Lazio.

It’s been a rare occasion in recent games where AC Milan have shown defensive steel. It will be a concern for them that i Rossoneri have seen their defence breached in 6 of their previous 6 clashes, leaking 10 goals during that time. We will just have to find out whether or not that trend will be sustained in this game.

Following on from being defeated in their last game at the hands of Udinese in Serie A competition, Benevento will be aiming to make amends here.

Indicating their partiality to productive encounters, goals have been celebrated 24 times in the previous 6 matches in which Benevento have played, giving a mean average of 4 goals per clash. Opposing teams have managed 14 of these goals.

Going into this encounter, Benevento haven’t won away from home in the past 2 league games.

The last league encounter featuring these clubs was Serie A match day 15 on 03/01/2021 when it ended Benevento 0-2 AC Milan.

On that occasion, Benevento had 60% possession and 25 attempts at goal with 5 of them on target.

AC Milan boss Stefano Pioli does not have any fitness concerns at all before this game with a completely injury-free squad available to select from.

It’s likely that Benevento will need to play some great football to get a goal against a AC Milan lineup who will most probably control this match over the entire pitch.

We’re tipping a commanding 3-0 win for AC Milan when the full-time whistle blows. 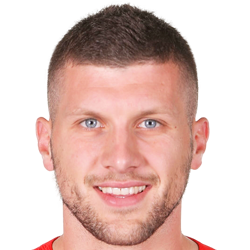 Usually taking to the field in the Left Wing position, Ante Rebić was born in Croatia. After having played his first senior match for RNK Split in the 2010 - 2011 season, the dangerous Forward has contributed 7 league goals in this Serie A 2020 - 2021 campaign so far in a total of 23 appearances.

We have made these AC Milan v Benevento predictions for this match preview with the best intentions, but no profits are guaranteed. Please always gamble responsibly, only with money that you can afford to lose. Good luck!