Return to this page a few days before the scheduled game when this expired prediction will be updated with our full preview and tips for the next match between these teams.
Full-Time Result Prediction
👉
AC Oulu to Win

View all of the AC Oulu v Helsinki IFK predictions, poll and stats below - as well as the best betting odds.

AC Oulu, buoyed by their previous result, will be hoping for more of the same after a 1-6 Veikkausliiga victory versus Helsinki IFK.

Matches involving AC Oulu have often been absorbing ones recently with high scoring being a real hallmark. Over their past six clashes, a grand total of 21 goals have been scored for both teams combined (at an average of 3.5 goals per game) with 11 of these being chalked up by AC Oulu.

It has become apparent that Helsinki IFK have had real problems scoring goals over their last 6 games, netting the unsatisfactory return of only 4. In those matches, Tähtirinnat have also seen the collective goal tally of their opponents equal 15. Previous results aside, we must now wait to see if that pattern might be sustained here in this game.

The last league meeting featuring these clubs was Veikkausliiga match day 22 on 11/09/2022 which ended up with the score at Helsinki IFK 1-6 AC Oulu.

The AC Oulu boss Ricardo Duarte will be thankful to have no fitness concerns to speak of ahead of this match thanks to a fully healthy squad to pick from.

Owing to a fully healthy group ready to go, the Helsinki IFK manager Mixu Paatelainen has zero fitness concerns to speak of coming into this clash.

We’ve got the feeling that Helsinki IFK would be disappointed if they were not to score against this AC Oulu team, however that probably won’t quite be enough to avoid a loss.

We are anticipating a tight encounter finishing with a 2-1 victory for AC Oulu after 90 minutes. Could easily see this go either way. 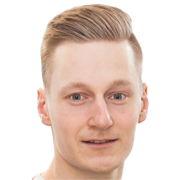 Customarily deployed in the Striker position, Rasmus Karjalainen was born in Oulu, Finland. Having played his first senior match for Kemi Kings in the 2017 season, the gifted Forward has managed to score 4 league goals in the Veikkausliiga 2022 campaign so far in a total of 8 appearances.

We have made these AC Oulu v Helsinki IFK predictions for this match preview with the best intentions, but no profits are guaranteed. Please always gamble responsibly, only with money that you can afford to lose. We wish you the best of luck.