FC Zwolle come up against away team Den Haag at MAC³PARK Stadion in this Eerste Divisie match on Friday.

Our FC Zwolle v ADO Den Haag predictions, statistics and match poll can be seen below - plus the latest match odds.

Matches featuring FC Zwolle have usually been lively affairs lately with a lot of goalmouth action being a common characteristic. Over their past six games, the sum total of 27 goals have flown in for both teams combined (at an average of 4.5 goals per game) with 20 of those belonging to FC Zwolle.

Coming into this contest, FC Zwolle are undefeated in their last 3 league matches at home.

The only player to score from ADO Den Haag was Nigel Owusu (89'). Derensili Sanches Fernandes (69') scored for Jong Utrecht.

The stats tell the story, and Den Haag have been scored against in 5 of their last 6 games, seeing opposing sides hit 9 goals overall. In defence, ADO Den Haag have been far from perfect. That sort of pattern might not be continued into this next game, of course.

Coming into this contest, ADO Den Haag are without an away win for the past 5 league matches.

A total of 17 goals were produced between them throughout the course of those matches, with 7 for Blauwvingers and 10 belonging to De Residentieclub. The average number of goals per game works out to 2.83.

On that occasion, FC Zwolle managed 67% possession and 11 shots on goal with 3 on target.

ADO Den Haag got 7 attempts at goal with 4 on target. Bobby Adekanye (12') was the scorer.

The FC Zwolle boss Dick Schreuder doesn’t have any fitness concerns to speak of ahead of this clash owing to a fully injury-free group available to choose from.

Den Haag boss Dirk Kuijt has some current player fitness concerns. Boy Kemper (Achilles tendon surgery) and Sacha Komljenovic (Cruciate Ligament Rupture) are names that won’t be on the team sheet. Jordy Wehrmann is ineligible for this match because of suspension.

Our feeling is that FC Zwolle will most probably get a lot of shots on goal and make them count.

In contrast, ADO Den Haag might well find it a difficult task finding the net themselves but we can see them getting the chances to score, too. 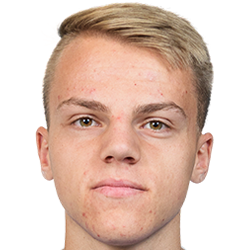 Mostly playing in the Centre Midfield position, Thomas van den Belt was born in Netherlands. After having played his first senior match for FC Zwolle in the 2020 - 2021 season, the goalscoring Midfielder has contributed 3 league goals in this Eerste Divisie 2022 - 2023 campaign to date in 6 appearances.

While we have made these predictions for FC Zwolle v ADO Den Haag for this match preview with the best of intentions, no profits are guaranteed. Always gamble responsibly, and with what you can afford to lose.