Our full set of predictions, statistics and match poll for Tranmere Rovers v AFC Wimbledon can be seen below - as well as up-to-date odds.

Tranmere Rovers head into this match coming off the back of a 1-1 League Two tied result against Swindon Town.

The only scorer from Tranmere Rovers was Josh Hawkes (9'). Jacob Wakeling (30') scored for Swindon Town.

Tranmere Rovers haven’t exactly had impressive attacking statistics of late. Their ‘goals for’ figure equals just 4 versus opposing sides during the course of their last six matches. In those meetings, Tranmere Rovers have also seen the number of goals that have gone against them total 5. We will just have to see if that trend will be sustained here.

Going into this encounter, Tranmere Rovers haven’t won at home in the past 3 league matches.

In the course of their 6 most recent matches, Johnnie Jackson's AFC Wimbledon have slotted home a total of 9 times - earning them the goals scored per game average of 1.5.

Coming into this fixture, AFC Wimbledon are undefeated in their previous 2 away league matches.

The last league game between these sides was League One match day 22 on 21/12/2019 when it ended Tranmere Rovers 1-0 AFC Wimbledon.

The referee was Scott Oldham.

The Tranmere Rovers manager Micky Mellon doesn’t have any fitness worries whatsoever ahead of this game with a completely injury-free group available to choose from.

Due to a fully injury-free group to pick from, the AFC Wimbledon boss Johnnie Jackson doesn’t have any fitness concerns to speak of ahead of this match.

Our feeling is that AFC Wimbledon have the ability to put a goal past this Tranmere Rovers outfit, however it probably won’t quite prevent them from conceding a couple at the other end.

We reckon that it will be a tight encounter finishing with a 2-1 advantage for Tranmere Rovers when the full-time whistle blows. It really should be an interesting one. 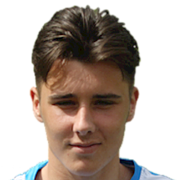 Usually taking to the field in the Central Attacking Midfielder position, Josh Hawkes was born in Stockton-on-Tees, England. After having made a senior debut playing for Hartlepool United in the 2016 - 2017 season, the talented Midfielder has contributed 4 league goals in this League Two 2022 - 2023 campaign to date from a total of 16 appearances.

We have made these Tranmere Rovers v AFC Wimbledon predictions for this match preview with the best intentions, but no profits are guaranteed. Please always gamble responsibly, only with money that you can afford to lose. Good luck if you do place a bet today.