Aalborg BK will be at Ceres Park on Saturday for the Superliga fixture with hosts AGF Aarhus.

Fixtures featuring AGF Aarhus have proved to be absorbing affairs lately with high scoring being the norm. Over their past six games alone, a grand total of 20 goals have been scored for both teams combined (at an average of 3.33 goals per game) with 14 of those accredited to AGF Aarhus.

Lars Friis's Aalborg BK have converted a total of 6 times throughout their latest sextet of matches. The number of goals that have been scored against them during that period adds up to 6.

Coming into this fixture, Aalborg BK have not registered a win against AGF Aarhus when they've played them away from home in the last 5 league games. They'll be keen to stop this run.

Looking at the statistics for their head to head duels stretching back to 09/07/2020, neither club has come out on top overall with AGF Aarhus winning 2 of those games, Aalborg BK 2 and 2 being drawn in regulation time.

A sum of 13 goals were yielded between them during those clashes, with 7 of them from De Hviie and 6 belonging to Aalborg. The average goals per game has been 2.17.

The previous league game featuring the two was Superliga match day 12 on 18/10/2021 when it ended AGF Aarhus 1-0 Aalborg BK.

On that occasion, AGF Aarhus managed 40% possession and 4 attempts on goal with 2 on target. The scorer was Frederik Brandhof (45').

Aalborg BK got 6 shots on goal with 0 of them on target.

The match was refereed by Jakob Sundberg.

The AGF Aarhus manager Uwe Rösler has no fitness worries at all coming into this clash owing to a fully injury-free squad available to select from.

In an otherwise healthy squad, there’s just the sole fitness issue for the Aalborg BK gaffer Lars Friis to be concerned with. Kasper Högh (Head Injury) misses out for this game.

We’re thinking that Aalborg BK must be fancied to get a goal against this AGF Aarhus outfit, although that possibly won’t prevent them from conceding a couple at the other end.

We’re predicting a tight encounter finishing with a 2-1 victory for AGF Aarhus by the time that the referee blows the final whistle. Looking forward to seeing how this one unfolds. 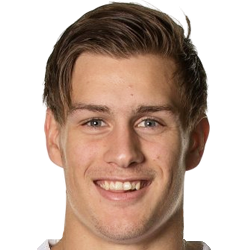 Usually taking up the Striker position, Sigurd Haugen was born in Haugesund, Norway. Having made a first senior appearance for ODD Grenland in the 2016 season, the goalscoring Forward has netted 2 league goals in the Superliga 2022 - 2023 campaign to date in a total of 9 appearances.

We have made these AGF Aarhus v Aalborg BK predictions for this match preview with the best intentions, but no profits are guaranteed. Please always gamble responsibly, only with money that you can afford to lose. Best of luck.