AIK will be the visitors at Varberg Energi Arena on Sunday for the Allsvenskan tie with home team Varbergs BoIS.

Our Varbergs BoIS v AIK predictions, statistics and match poll can be seen below - along with the latest match odds.

Varbergs BoIS enter this fixture coming off the back of a 0-0 Allsvenskan draw versus IF Elfsborg.

Over their past six games, Joakim Persson's Varbergs BoIS have managed to score a total of 7 times, with that being an average number of goals per match equal to 1.17.

Coming into this contest, Varbergs BoIS are undefeated in their last 10 home league matches. It's been impressive.

AIK will go into the game following on from a 3-0 Allsvenskan win with the downing of Östersunds FK in their last game.

A tendency of at least one team drawing a blank in games involving AIK has become apparent in recent matches. Examining their last 6 games reveals that it has happened 6 times. In these clashes, opposing sides have hit a goal aggregate of 3 while AIK have scored 5.

Going into this one, AIK have not won away from home in their last 6 league games.

The last league game between these clubs was Allsvenskan match day 10 on 10/07/2021 which finished with the scoreline of AIK 2-1 Varbergs BoIS.

At the other end, Varbergs BoIS had 6 attempts on goal with 1 on target. Tashreeq Matthews (23') scored.

The Varbergs BoIS manager Joakim Persson doesn’t have any fitness concerns at all before this clash thanks to a fully injury-free squad available to select from.

Thanks to a fully injury-free group available for selection, the AIK boss Bartosz Grzelak has no fitness worries whatsoever ahead of this game.

We’re inclined to think that Varbergs BoIS will have to play well to score against this AIK team who should score & stay on top.

We’ve gone for a good battle with a 0-1 victory for AIK after 90 minutes. 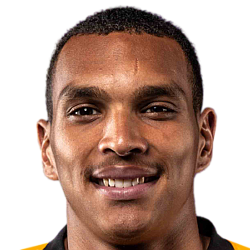 Customarily deployed in the Striker position, Ryan Moon was born in Pietermaritzburg, South Africa. After having played his first senior match for Varbergs BoIS in the 2021 season, the gifted Forward has bagged 6 league goals in this Allsvenskan 2021 campaign so far in 22 appearances.

While we have made these predictions for Varbergs BoIS v AIK for this match preview with the best of intentions, no profits are guaranteed. Always gamble responsibly, and with what you can afford to lose. We wish you the best of luck.