Fenerbahçe head into this fixture following on from a 2-2 Europa League draw against Rennes.

In that game, Fenerbahçe managed 64% possession and 8 shots on goal with 3 on target. For Fenerbahçe, the goalscorers were İrfan Kahveci (60') and Enner Valencia (92'). For their opponents, Rennes got 9 shots at goal with 4 of them on target. Martin Terrier (52') and Lovro Majer (54') scored for Rennes.

Alanyaspor come into this encounter following a 2-1 Super Lig win with the defeat of MKE Ankaragücü in their previous fixture.

Looking at their form, and Alanyaspor have been scored against in 6 of their last 6 games, conceding 10 goals in total. At the back, Alanyaspor have clearly had some problems.

Going into this one, Alanyaspor have not won away from home in their last 2 matches in the league.

Looking at the statistics for their head to head meetings dating back to 16/09/2019, it’s been all-even between these two clubs with Fenerbahçe winning 2 of those games, Alanyaspor 2 and 2 being drawn in normal time.

A sum of 19 goals were produced between them in these games, with 10 for Sarı Kanaryalar and 9 created by Alanyaspor. This gives an average number of goals per game equal to 3.17.

The last league meeting featuring the two was Super Lig match day 29 on 13/03/2022 when it ended Alanyaspor 2-5 Fenerbahçe.

On that occasion, Alanyaspor had 63% possession and 14 attempts on goal with 9 of them on target. Their only player on the scoresheet was Tayfur Bingöl (53', 67').

The match was refereed by Volkan Bayarslan.

The Fenerbahçe manager Jorge Jesus will be grateful to have no fitness concerns at all coming into this clash owing to a completely injury-free group available to select from.

Owing to a fully injury-free group available to choose from, the Alanyaspor boss Francesco Farioli has zero fitness worries whatsoever coming into this clash.

It’s pretty clear that Alanyaspor will surely find it tough to put one past a Fenerbahçe lineup who should fashion the chances to find the net multiple times while not conceding.

We’re tipping a commanding 3-0 winning scoreline for Fenerbahçe at the end of this one. 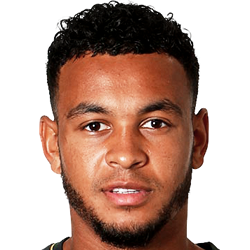 Typically playing in the Striker position, Joshua King was born in Oslo, Norway. Having made his senior debut playing for Preston North End in the 2010 - 2011 season, the gifted Forward has netted 2 league goals in this Süper Lig 2022 - 2023 season so far from a total of 3 appearances.

We have made these Fenerbahçe v Alanyaspor predictions for this match preview with the best intentions, but no profits are guaranteed. Please always gamble responsibly, only with money that you can afford to lose. Good luck if you do place a bet today.