Return to this page a few days before the scheduled game when this expired prediction will be updated with our full preview and tips for the next match between these teams.
Full-Time Result Prediction
👉
Albion Rovers to Win

Cowdenbeath arrive at Cliftonhill Stadium on Tuesday for the League Two fixture with home side Albion Rovers.

Our Albion Rovers v Cowdenbeath tips, poll and stats can be seen in full below - along with the latest match odds.

Albion Rovers fans will want a repeat of their previous result, being a 2-4 League Two victory vs Brechin City.

It’s been a rare occasion in recent times where Albion Rovers have kept a clean sheet. In fact, The Wee Rovers have failed to prevent opponents from scoring in 5 of their previous 6 games, shipping 9 goals during that time. We will see if that trend can be sustained here.

Coming into this contest, Albion Rovers haven’t won at home in the past 3 league matches.

Cowdenbeath will come into the match after a 1-0 League Two win versus Elgin City in their last match.

The only name on the scoresheet from Cowdenbeath was Kris Renton (19').

The stats don’t lie, and Cowdenbeath have been scored against in 5 of their last 6 matches, seeing opposing sides hit 9 goals in total. In defence, The Blue Brazil certainly have room for improvement.

Analysis of their past results shows that Cowdenbeath:

Looking over their past head-to-head clashes stretching back to 01/12/2018 shows that Albion Rovers have won 2 of these games and Cowdenbeath 3, with the number of drawn matches standing at 1.

An aggregate of 9 goals were scored between them in these games, with 4 from The Wee Rovers and 5 belonging to The Blue Brazil. The average goals per game has been 1.5.

The last league contest between these clubs was League Two match day 5 on 03/04/2021 when the final score was Cowdenbeath 0-1 Albion Rovers.

The referee was Kevin Graham.

Albion Rovers boss Brian Reid has a full complement, with no fitness concerns at all before this clash thanks to a completely healthy squad available to select from.

Cowdenbeath manager Gary Bollan has to choose from a squad that has some fitness concerns. Mac Whyte (Knock) and Ross Clarke (Ankle Surgery) will not be playing here.

Our feeling is that Cowdenbeath will have their work cut out to score goals against this Albion Rovers team who will likely emerge victorious.

That’s why we have predicted a good battle with a 1-0 victory for Albion Rovers after 90 minutes. 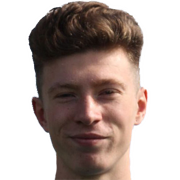 Customarily used in the Striker position, Matthew Aitken was born in Scotland. Having played his first senior match for Forfar Athletic in the 2015 - 2016 season, the dangerous Forward has netted 6 league goals in the League Two 2020 - 2021 season so far in 12 appearances.

We have made these Albion Rovers v Cowdenbeath predictions for this match preview with the best intentions, but no profits are guaranteed. Please always gamble responsibly, only with money that you can afford to lose. Best of luck.