Return to this page a few days before the scheduled game when this expired prediction will be updated with our full preview and tips for the next match between these teams.
Full-Time Result Prediction
👉
Arsenal de Sarandí to Win

All Arsenal de Sarandí v Aldosivi match predictions, user poll and stats are shown below - as well as the best betting odds.

Arsenal de Sarandí will be hoping for a better result after a 2-0 Superliga defeat in their last game at the hands of Gimna ' Plata.

After being beaten in their last game against Newell´s Old Boys in Superliga competition, Aldosivi will be aiming to make amends here.

In that game, Aldosivi had 66% possession and 18 attempts at goal with 3 of them on target. For Aldosivi, the goals were scored by Martín Cauteruccio (11' Own goal) and Patrick Boolsen (73'). On the other side, Newell´s Old Boys had 14 shots on goal with 4 on target. Juan Manuel García (58') was the scorer for Newell´s Old Boys.

Leandro Somoza's Aldosivi have seen their efforts on goal rewarded 5 times in the course of their most recent 6 matches. The total of goals that they have conceded during those matches equals 9.

Heading into this contest, Aldosivi haven’t won away from home in the past 4 league games.

Checking on their most recent head to head clashes going back to 25/04/2015 shows that Arsenal de Sarandí have won 2 of them and Aldosivi 4, with the tally of draws standing at 0.

A sum of 19 goals were yielded between them throughout the course of those matches, with 8 from Los del Viaducto and 11 being from Tiburón, Verde, Gringos. That is an average goals per game value of 3.17.

On that occasion, Aldosivi had 58% possession and 12 shots at goal with 4 on target. The scorer was Martín Cauteruccio (19').

The Arsenal de Sarandí manager Leonardo Madelón has zero fitness concerns to speak of before this match thanks to a completely injury-free group to choose from.

Due to a completely healthy squad ready to go, the Aldosivi boss Leandro Somoza doesn’t have any fitness concerns whatsoever before this match.

We’re of the view that Aldosivi have it within them to breach the defence of this Arsenal de Sarandí side, although that probably shouldn’t be enough to avoid defeat.

We’re predicting a very close game with a 2-1 winning margin for Arsenal de Sarandí when all is said and done. Should be a good one. 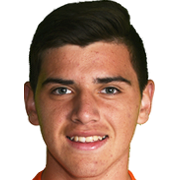 Normally deployed in the Striker position, Alexander Díaz was born in 9 de julio, Argentina. Having made his senior debut playing for San Lorenzo in the 2018 - 2019 season, the skilful Forward has bagged 2 league goals in the Primera División 2022 campaign so far in 12 appearances.

While we have made these predictions for Arsenal de Sarandí v Aldosivi for this match preview with the best of intentions, no profits are guaranteed. Always gamble responsibly, and with what you can afford to lose. Best of luck.