Return to this page a few days before the scheduled game when this expired prediction will be updated with our full preview and tips for the next match between these teams.
Full-Time Result Prediction
👉
Alloa Athletic to Win

Alloa Athletic will host guests Dumbarton at The Indodrill Stadium in the League One match on Saturday.

Our Alloa Athletic v Dumbarton tips, poll and stats can be seen in full below (plus the best game odds).

Alloa Athletic head into this game after a 2-2 League One tied result vs Montrose.

Alloa Athletic have been on a persistent run of goalscoring form, finding the back of the net every time they’ve gone out to play in their last 6 matches.

They have totted up the amount of 13 during that time and have conceded a total of 14. That trend isn’t assured to be carried forward here, though.

Since a losing effort in their last game against Falkirk in League One competition, Dumbarton will be aiming to make amends here.

Their past results show that Dumbarton:

Looking at their most recent head to head clashes dating back to 05/12/2015 shows that Alloa Athletic have won 1 of them & Dumbarton 3, with the number of draws standing at 2.

A total of 13 goals were scored between them in these games, with 5 of them for The Wasps and 8 belonging to The Sons. The average number of goals per game works out to 2.17.

The Alloa Athletic manager Barry Ferguson doesn’t have any fitness concerns at all before this match thanks to a completely injury-free group ready to go.

Due to a completely healthy squad available to choose from, the Dumbarton boss Stephen Farrell has no fitness concerns to speak of before this clash.

In this match, Dumbarton should be able to breach the defence of this Alloa Athletic team, however that probably shouldn’t be enough to avoid a loss.

We’re going for a narrow 2-1 advantage for Alloa Athletic at full-time. Let’s wait and see how it plays out. 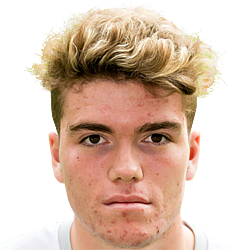 Regularly playing in the Striker position, Euan Henderson was born in Scotland. Having made a first senior appearance for Hearts in the 2016 - 2017 season, the goalscoring Forward has netted 6 league goals in the League One 2021 - 2022 campaign to date in a total of 9 appearances.

While we have made these predictions for Alloa Athletic v Dumbarton for this match preview with the best of intentions, no profits are guaranteed. Always gamble responsibly, and with what you can afford to lose. Good luck if you do place a bet today.