Our tips, poll and stats for Konyaspor v Altay can all be found here - as well as up-to-date odds.

Konyaspor will play in this fixture following a 1-1 Super Lig draw against Adana Demirspor.

Under three goals per game were seen in 5 of the past 6 fixtures where Konyaspor have been participants. Regarding the goal attribution during this period, their opponents scored a total of 3 and Konyaspor got themselves 6.

Following on from a loss in their previous game against Fenerbahçe in Super Lig competition, Altay will be aiming to make amends here.

In the course of their 6 most recent matches, Mustafa Denizli's Altay have converted 12 times thus giving them the goals per game average of 2.

Going into this encounter, Altay are undefeated in their previous 2 away league matches.

The Konyaspor manager İlhan Palut doesn’t have any fitness worries at all before this match with a completely injury-free squad available to select from.

Thanks to a completely injury-free group to pick from, the Altay manager Mustafa Denizli does not have any fitness concerns to report coming into this game. The players ineligible for this match because of suspension are Ziya Alkurt, Gencer Cansev, Jasmin Scuk and Sefa Özdemir.

We’re inclined to think that Altay and Konyaspor could both find goals hard to come by here.

We’ll see, but this could easily end up all-square. With that in mind, we reckon that it will be a 0-0 scoreline after 90 minutes. 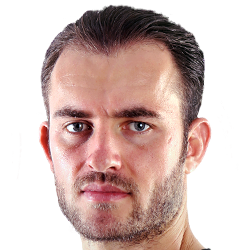 Typically used in the Striker position, Sokol Cikalleshi was born in Kavajë, Albania. After having played his first senior match for Besa Kavajë in the 2009 - 2010 season, the skilful Forward has struck 2 league goals in this Süper Lig 2021 - 2022 season so far from a total of 3 appearances.

We have made these Konyaspor v Altay predictions for this match preview with the best intentions, but no profits are guaranteed. Please always gamble responsibly, only with money that you can afford to lose. We wish you the best of luck.