Antalyaspor will be the visitors at Recep Tayyip Erdoğan Stadyumu on Sunday for the Super Lig game with hosts Kasimpasa.

Our full set of predictions, statistics and match poll for Kasimpasa v Antalyaspor can be seen below - as well as up-to-date odds.

Kasimpasa will be wanting a better result here following the 2-4 Super Lig loss in their previous game against Antalyaspor.

At least three goals per match were recorded in 6 of the last 6 meetings where Kasimpasa have played. Their opponents scored 8 of them in this period while Kasimpasa managed a tally of 16. We will have to find out whether or not that trend will end up being continued on in this game.

A look at their previous results shows us that Kasimpasa:

The numbers tell their own story, and Antalyaspor have been scored against in 6 of their last 6 matches, seeing their opponents hit 8 goals in total. Defensively, Antalyaspor can certainly do much better.

Looking over their prior head to head meetings stretching back to 14/04/2019 shows that Kasimpasa have won 1 of these and Antalyaspor 2, with the number of drawn results standing at 3.

A total of 16 goals were scored between the two sides throughout the course of those matches, with 8 of them from Apaçiler and 8 belonging to Akrepler. That is an average goals per game value of 2.67.

The previous league clash featuring these sides was Super Lig match day 18 on 21/12/2021 when it finished Antalyaspor 1-1 Kasimpasa.

On that day, Antalyaspor had 45% possession and 9 attempts on goal with 4 on target. The scorer was Naldo (38').

Kasimpasa had 11 attempts on goal with 5 of them on target. Umut Bozok (92') was the scorer.

Antalyaspor manager Nuri Şahin has a number of players out of action. Admir Mehmedi (Hamstring Injury) and Harun Alpsoy (Fitness) are not ready for selection.

Antalyaspor have enough to find the back of the net against this Kasimpasa lineup, however it isn’t expected to be enough to prevent defeat.

We are anticipating both teams to score in a 2-1 winning score for Kasimpasa by the conclusion of the game. 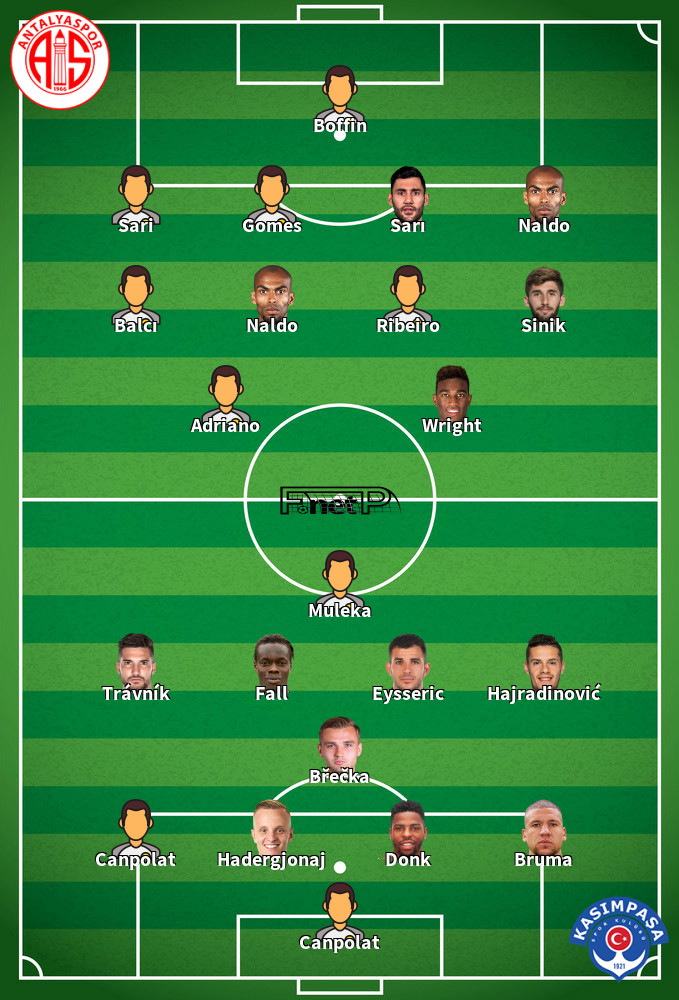 Typically taking up the Striker position, Jackson Muleka was born in Lumbumbashi, DR Congo (Zaire). After having played his first senior match for Standard Liège in the 2020 - 2021 season, the gifted Forward has got 12 league goals in this Süper Lig 2021 - 2022 campaign to date in 12 appearances.

We have made these Kasimpasa v Antalyaspor predictions for this match preview with the best intentions, but no profits are guaranteed. Please always gamble responsibly, only with money that you can afford to lose. Best of luck with your selections.