Arminia Bielefeld will be taking on away team SV Sandhausen at SchücoArena in this Bundesliga 2 clash on Sunday.

Arminia Bielefeld are hoping to win again after their last result, a 3-1 Bundesliga 2 victory over Magdeburg.

Fixtures with Arminia Bielefeld have usually been lively ones recently with high scoring expected. Over their past half dozen games alone, the sum of 20 goals have been scored for both teams combined (at an average of 3.33 goals per game) with 9 of them belonging to Arminia Bielefeld. It will be interesting to see whether or not that trend can be continued on here.

Coming into this meeting, Arminia Bielefeld have not emerged victorious against SV Sandhausen in their previous 3 league matches.

Since being defeated in their last game at the hands of Hamburg in Bundesliga 2 action, SV Sandhausen will be hoping to turn things around here.

Checking out their prior head to head duels stretching back to 13/05/2018, there has been little to separate the clubs with Arminia Bielefeld winning 1 of those games, SV Sandhausen 1 and 4 being draws after 90 minutes of play.

An aggregate of 10 goals were scored between the two sides during those clashes, with 6 for Bielefeld and 4 being from Sandhausen. That’s an average goals per game figure of 1.67.

The previous league contest between these sides was Bundesliga 2 match day 1 on 16/07/2022 and the score finished SV Sandhausen 2-1 Arminia Bielefeld.

Arminia Bielefeld got 15 attempts at goal with 6 on target. Masaya Okugawa (59') was the scorer.

The Arminia Bielefeld boss Daniel Scherning has no fitness concerns at all before this game owing to a completely injury-free group available for selection.

Out of a mainly healthy squad, there’s just the sole fitness problem for the SV Sandhausen boss Alois Schwartz to be concerned with. Kemal Ademi (Ankle problems) won’t be playing here.

We believe that SV Sandhausen have the firepower to score a goal against this Arminia Bielefeld team, although that is unlikely to prevent them from conceding a couple at the other end.

Our selection here is for a tight encounter finishing with a 2-1 victory for Arminia Bielefeld at the end of the 90 minutes. Should be a good one. 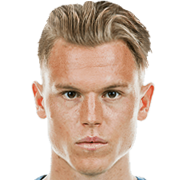 Mostly taking up the Left Wing position, Robin Hack was born in Pforzheim, Germany. After having made a senior debut playing for Hoffenheim in the 2017 - 2018 season, the goalscoring Forward has managed to score 8 league goals in the 2. Bundesliga 2022 - 2023 campaign to date from a total of 17 appearances.

We have made these Arminia Bielefeld v SV Sandhausen predictions for this match preview with the best intentions, but no profits are guaranteed. Please always gamble responsibly, only with money that you can afford to lose. Good luck if you do place a bet today.