Scroll down for all of our predictions, poll and stats for the Arsenal Tula v Lokomotiv Moscow game - plus the latest betting odds.

Arsenal Tula will be looking to improve on their last outing here after the 5-1 Premier League defeat last time out to Dynamo Moscow.

Arsenal Tula haven’t made the most of their chances in more recent games. Their ‘goals for’ figure equals just 4 vs opposition teams over their previous 6 matches. In those meetings, Arsenal Tula have also seen the number of goals scored against them come to 12. That kind of pattern won’t necessarily be continued here, of course.

After being defeated in their last game at the hands of Lazio in Europa League competition, Lokomotiv Moscow and their travelling fans will hope for a better result here.

Lokomotiv Moscow have seen success in front of goal leading up to this encounter, scoring 7 goals in their previous 6 matches. While their manager Markus Gisdol will no doubt take that as a positive sign, Lokomotiv Moscow have had their own issues at the back, also conceding in 6 of those same outings.

A glance at their past head-to-head clashes stretching back to 04/05/2019 tells us that Arsenal Tula have won 2 of them and Lokomotiv Moscow 4, with the number of drawn games being 0.

A total of 17 goals were yielded between them in this period, with 8 for Pryaniki and 9 coming from Loko. That’s an average goals per game figure of 2.83.

The previous league contest featuring the two was Premier League match day 1 on 24/07/2021 when it ended Lokomotiv Moscow 3-1 Arsenal Tula.

In that match, Lokomotiv Moscow managed 77% possession and 15 shots at goal with 6 of them on target. The scorers were Rifat Zhemaletdinov (80', 86') and Fyodor Smolov (89').

On the other side, Arsenal Tula had 4 attempts on goal with 1 of them on target. Sergei Tkachyov (22') was the scorer.

The match was refereed by Yegor Panin.

The Arsenal Tula manager Miodrag Božović will be happy not to have any fitness concerns whatsoever ahead of this game owing to a completely injury-free squad ready to go.

With a completely healthy squad available to select from, the Lokomotiv Moscow manager Markus Gisdol doesn’t have any fitness concerns to report ahead of this game.

When taking everything into account, Arsenal Tula may find it difficult to breach the defence of this Lokomotiv Moscow team who we reckon will get the win and a maybe even keep a clean sheet as well.

That’s why we have predicted a very even contest with a 0-1 winning margin for Lokomotiv Moscow after 90 minutes. 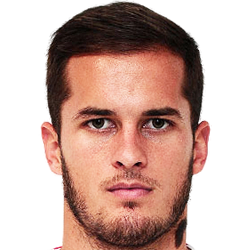 Mostly taking to the field in the Centre Midfield position, Goran Čaušić was born in Belgrade, Serbia. After having made a senior debut playing for Eskişehirspor in the 2012 - 2013 season, the goalscoring Midfielder has bagged 2 league goals in this Premier League 2021 - 2022 campaign to date coming from a total of 14 appearances.

We have made these Arsenal Tula v Lokomotiv Moscow predictions for this match preview with the best intentions, but no profits are guaranteed. Please always gamble responsibly, only with money that you can afford to lose. Good luck with your selections.