The time’s nearly upon us for FA Cup action on Friday when Manchester City meet Arsenal.

Our tips, poll and stats for Manchester City v Arsenal can all be found here (inc. the best betting odds).

Manchester City will want to continue from where they left off last time out with a 3-0 Premier League triumph vs Wolverhampton Wanderers.

In that match, Manchester City had 56% possession and 13 shots on goal with 7 on target. The only player on the scoresheet for Manchester City was Erling Haaland (40', 50', 54'). Wolverhampton Wanderers got 10 attempts at goal with 1 of them on target.

Pep Guardiola's Manchester City have netted a sum total of 13 times over their preceding 6 outings. The corresponding tally of goals that they have conceded in those same games is 6.

Arsenal come into this match after a 3-2 Premier League win with the downing of Manchester United in their last game.

Showing their penchant for productive matches, goals have been celebrated 20 times in the prior 6 matches in which Arsenal have taken to the pitch, giving an average of 3.33 goals each clash. Opposing teams have managed 5 from this total.

Inspecting their most recent head to head meetings going back to 18/07/2020 shows us that Manchester City have won 5 of them and Arsenal 1, with the number of drawn games standing at 0.

A total of 17 goals were shared by the two clubs in this period, with 13 of them from The Citizens and 4 coming from The Gunners. That is an average goals per game value of 2.83.

The Manchester City boss Pep Guardiola will be thankful to have no fitness concerns whatsoever coming into this clash thanks to a fully healthy squad available to select from.

Arsenal boss Mikel Arteta has to choose from a squad that has some fitness concerns. Gabriel Jesus (Knee Injury) and Reiss Nelson (Thigh Problems) will miss out on this game.

Arsenal will likely be able to get a goal against this Manchester City lineup, however that probably shouldn’t prevent them from conceding a couple at the other end.

We are anticipating a narrow 2-1 winning score for Manchester City by the time that the referee blows the final whistle. Should be a good one. 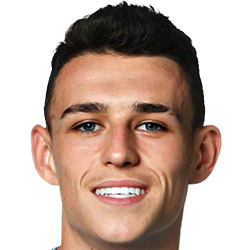 Generally played in the Central Attacking Midfielder position, Phil Foden was born in Stockport, England. After having played his first senior match for Manchester City in the 2017 - 2018 season, the gifted Midfielder has struck 7 league goals in the Premier League 2022 - 2023 campaign to date coming from a total of 18 appearances.

While we have made these predictions for Manchester City v Arsenal for this match preview with the best of intentions, no profits are guaranteed. Always gamble responsibly, and with what you can afford to lose. Best of luck.