Return to this page a few days before the scheduled game when this expired prediction will be updated with our full preview and tips for the next match between these teams.
Full-Time Result Prediction
👉
Südtirol-Alto Adige to Win

Südtirol-Alto Adige will be hosting the visiting Ascoli at Stadio Druso in this Serie B game on Sunday.

Our full set of predictions, statistics and match poll for Südtirol-Alto Adige v Ascoli can be seen below - as well as the best betting odds.

Südtirol-Alto Adige will play in this match following a 2-2 Serie B draw versus AS Bari.

Going into this one, Südtirol-Alto Adige are unbeaten in their previous 5 home league matches.

Following on from being defeated in their last game at the hands of Frosinone in Serie B action, Ascoli and their travelling fans will hope for a better result here.

In the course of their six latest matches, Cristian Bucchi's Ascoli have converted a total of 9 times, earning them the goals per game average of 1.5.

Ahead of this clash, Ascoli have not been beaten in their last 4 league matches away from home.

It’s a low absenteeism rate, with just one fitness concern for the Südtirol-Alto Adige gaffer Pierpaolo Bisoli to be concerned about due to a largely intact squad. Shaka Mawuli Eklu (Sideband tear in the knee) is out of contention.

Ascoli boss Cristian Bucchi has some current player fitness concerns. Marcel Büchel (Unknown Injury) and Eddy Gnahoré (Unknown Injury) miss out here. Michele Collocolo will not be able to play in this game through being suspended.

We believe that Ascoli could well find it tough to get anything against this Südtirol-Alto Adige side who should end up scoring and staying ahead.

We’re therefore expecting a narrow 1-0 winning score for Südtirol-Alto Adige at the end of the 90 minutes. 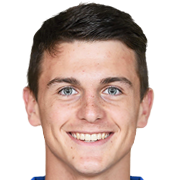 Regularly deployed in the Striker position, Simone Mazzocchi was born in Milan, Italy. Having played his first senior match for Reggiana in the 2020 - 2021 season, the dangerous Forward has struck 2 league goals in this Serie B 2022 - 2023 season to date in 13 appearances.

While we have made these predictions for Südtirol-Alto Adige v Ascoli for this match preview with the best of intentions, no profits are guaranteed. Always gamble responsibly, and with what you can afford to lose. Good luck if you do place a bet today.