To see all of our predictions, user poll & stats for Empoli v Atalanta, scroll down (plus the best game odds).

Empoli will be looking to improve on their last outing here following the 2-0 Serie A defeat last time out to Roma.

Aurelio Andreazzoli's Empoli have managed to score a sum total of 8 times in their preceding half-dozen outings. The tally of goals that they have conceded in those games is 9.

Coming into this fixture, Empoli have not been beaten in the league by Atalanta in their previous 2 matches.

Since a loss in their previous game against AC Milan in Serie A competition, Atalanta will be hoping to turn things around here.

Over the course of their previous 6 clashes, Atalanta have helped themselves to a total of 10 goals. Atalanta have also managed to score on each one of those occasions. During that period, their defenders have had 8 goals go into their own net.

Coming into this contest, Atalanta are undefeated in their last 9 league matches away from home. Travelling very well.

A look at their past head-to-head meetings going back to 24/09/2015 shows us that Empoli have won 1 of these games & Atalanta 3, with the tally of drawn games standing at 2.

A sum of 10 goals were scored between the two sides in these games, with 4 from Azzurri and 6 being from La Dea. That is an average goals per game value of 1.67.

On that day, Atalanta managed 61% possession and 47 attempts on goal with 18 on target.

Empoli had 3 attempts at goal with 1 on target.

Regarding absentees, there’s just the sole fitness concern for the Empoli boss Aurelio Andreazzoli to be concerned about from of an almost fully healthy set of players. Riccardo Fiamozzi (Thigh Problems) misses out.

We’ve got the feeling that Atalanta have the ability to dominate possession and create several successful chances.

At the other end, Empoli won’t find it easy scoring- but, we do see them being dangerous for periods.

We’re therefore expecting to see a 1-3 margin for Atalanta at the end of this one. 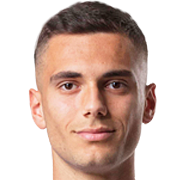 Generally used in the Centre Midfield position, Nedim Bajrami was born in Tetovo, Macedonia. Having made his senior debut playing for Grasshopper Club Zürich in the 2016 - 2017 season, the accomplished Midfielder has accumulated 2 league goals in the Serie A 2021 - 2022 season so far from a total of 7 appearances.

While we have made these predictions for Empoli v Atalanta for this match preview with the best of intentions, no profits are guaranteed. Always gamble responsibly, and with what you can afford to lose. Good luck!