Athletic Bilbao take on visiting team Real Madrid at The Estadio San Mamés in this La Liga tie on Sunday.

Athletic Bilbao, following on from their previous result, will be hoping for more of the same after a 1-0 Copa del Rey triumph over Espanyol.

Their most recent results highlight the fact that there has been much resilience in the Athletic Bilbao rearguard. Athletic Bilbao have been mean at the back, seeing the tally of goals that have gone in at their end during their last 6 games standing at 4.

Leading up to this clash, Athletic Bilbao:

Real Madrid come into this meeting following on from a 2-3 Copa del Rey win with the defeat of Villarreal in their previous game.

In that game, Real Madrid had 47% possession and 11 shots on goal with 7 on target. For Real Madrid, goals were scored by Vinicius Júnior (57'), Éder Militão (70') and Dani Ceballos (86'). For their opponents, Villarreal had 12 shots at goal with 3 of them on target. Étienne Capoue (4') and Samuel Chukwueze (42') scored for Villarreal.

In their previous six outings, Real Madrid have bagged a total of 9 goals. Real Madrid have also managed to score on each one of those occasions. During that period, their defenders have had 8 goals go into their own net. Putting that to one side, we must now wait to see whether that pattern shall continue on in this game.

Going into this one, Real Madrid haven't been defeated by Athletic Bilbao when they've played them away from home in the last 7 matches in the league. A very good run of results for them.

A look at their prior head to head meetings going back to 14/01/2021 shows that Athletic Bilbao have won 2 of these & Real Madrid 4, with the tally of draws being 0.

A total of 11 goals were yielded between them in this period, with 4 for Los Leones and 7 being from Los Blancos. That’s an average goals per game figure of 1.83.

There aren’t many personnel worries, with just the sole fitness concern for the Athletic Bilbao manager Ernesto Valverde to be concerned about from a near full-strength squad. Iñigo Martínez (Foot Injury) won’t play. Yeray Álvarez will not be able to play in this game through being suspended.

In our view, Athletic Bilbao might need a bit of good fortune to be putting a goal past this Real Madrid side who we reckon should score at least once to gain the upper hand.

We’re therefore seeing a highly competitive game with a 0-1 winning score for Real Madrid at the conclusion of the game. 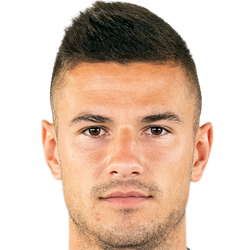 Mostly played in the Striker position, Gorka Guruzeta was born in San Sebastián, Spain. Having played his first senior match for Bilbao Athletic in the 2015 - 2016 season, the accomplished Forward has bagged 5 league goals in the LaLiga 2022 - 2023 campaign to date in 10 appearances.

We have made these Athletic Bilbao v Real Madrid predictions for this match preview with the best intentions, but no profits are guaranteed. Please always gamble responsibly, only with money that you can afford to lose. Best of luck with your selections.