Scroll down to see all of the predictions, poll and statistics for Toluca v Atlético San Luis - as well as the best betting odds.

Toluca will be hoping for a better result after the 2-0 Liga MX (Apertura) defeat last time out to Monterrey.

It’s been seldom in recent games where Toluca haven’t conceded. It will be a concern for them that Toluca have seen their defence breached in 5 of their previous 6 clashes, leaking 7 goals along the way. We will have to see if that trend will be continued on in this game.

After a losing effort in their last game against FC Juárez in Liga MX (Apertura) competition, Atlético San Luis and their travelling fans will hope for a better result here.

Heading into this fixture, Atlético San Luis have not won away from home in their last 3 league matches.

The previous league contest between these clubs was Liga MX (Clausura) match day 10 on 06/03/2021 when the final score was Atlético San Luis 0-0 Toluca.

On that occasion, Atlético San Luis had 46% possession and 10 shots at goal with 2 of them on target.

At the other end, Toluca had 14 attempts at goal with 4 on target.

The Toluca manager Hernán Cristante has no fitness worries to speak of before this game thanks to a completely injury-free group to pick from.

With a completely injury-free group available to select from, the Atlético San Luis manager has no fitness concerns whatsoever ahead of this game.

We feel that in this game, Atlético San Luis will likely be able to find the net against this Toluca outfit, however that is unlikely to be enough to avoid a loss.

Our tip is for a narrow 2-1 winning score for Toluca when all is said and done. Let’s see what eventuates. 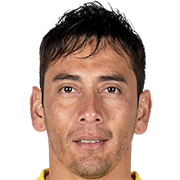 Normally used in the Left Attacking Midfielder position, Rubens Sambueza was born in Neuquén, Argentina. Having played his first senior match for River Plate in the 2003 - 2004 season, the talented Midfielder has scored 4 league goals in the Liga MX (Apertura) 2021 - 2022 season to date from a total of 9 appearances.

While we have made these predictions for Toluca v Atlético San Luis for this match preview with the best of intentions, no profits are guaranteed. Always gamble responsibly, and with what you can afford to lose. Good luck!