This Los Angeles FC v Austin FC live stream video is ready for 19/05/2022. Soccer fans can watch this game on a live streaming service if this match is featured in the schedule mentioned above. Here we give helpful information for watching this MLS game that includes the most recent guide to form, h2h clashes and our match tips.

To view this match via alternative methods, check tv listings in your place of residence. Such broadcasting deals are typically allocated on a per-competition/league or even individual match arrangement basis. For games shown live on regional tv programmes, check the schedules on channels including BT Sport, Amazon Prime Video, Sky Sports, Now TV, iTV, Canal+, Fox Soccer, ESPN depending on your location.

Where the abovementioned broadcaster has the rights to the Los Angeles FC v Austin FC football live streaming service, you can watch it on your mobile (iPhone, Android including Motorola) and computer plus tablet (eg iPad, Huawei MatePad).

After the match finishes, we might also link to the match highlights from time to time. We aren’t responsible for the transmission of any match video content linked to from this site. All legal issues must be directed to the hosters/owners of this content.

Our tips, poll and stats for Los Angeles FC v Austin FC can all be found here (plus the best game odds).

Los Angeles FC will be wanting a better result here after a 2-0 MLS loss in their previous game against Colorado Rapids.

Over their last six games, Steve Cherundolo's Los Angeles FC have celebrated scoring a combined total of 13 times - an average number of goals scored per match of 2.17.

Since a losing effort in their last game against Real Salt Lake in MLS competition, Austin FC and their travelling supporters will be hoping that they can get a better result in this one.

During their six latest matches, Josh Wolff's Austin FC have seen their efforts on goal rewarded a total of 10 times therefore giving them the goals per game average of 1.67.

The previous league meeting featuring the two was MLS match day 33 on 16/09/2021 which finished with the scoreline of Austin FC 1-2 Los Angeles FC.

In that match, Austin FC had 51% possession and 12 shots on goal with 1 on target. Their only player on the scoresheet was Diego Fagúndez (67').

On the other side, Los Angeles FC had 17 attempts on goal with 4 on target. Cristián Arango (59') and Danny Musovski (81') scored.

The match was refereed by Timothy Ford.

In an otherwise healthy group of players, there is only the one fitness issue for the Austin FC manager Josh Wolff to be concerned about. Jhohan Romaña (Muscle Injury) won’t be in action. Cecilio Domínguez will not be able to play in this game through being suspended.

We’ve got the feeling that Los Angeles FC have it within them to stay in control for long periods of time and should be able to convert a few of the chances that they create.

At the other end, Austin FC will be up against it to score themselves but we do fancy them scoring as well.

We’re therefore expecting to see a 3-1 margin for Los Angeles FC at the end of the 90 minutes. 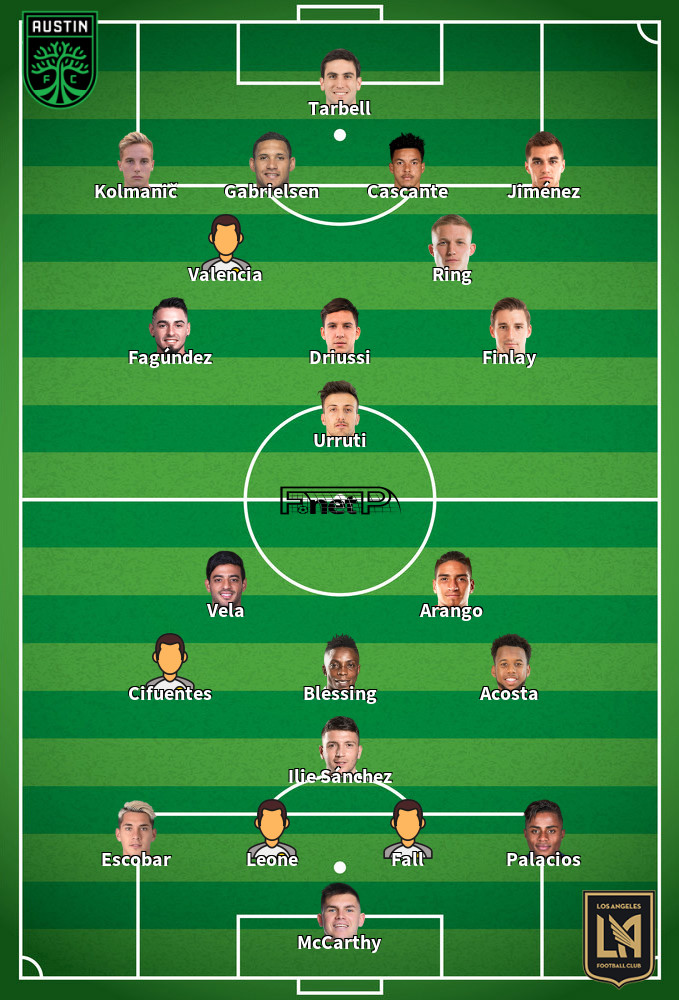 While we have made these predictions for Los Angeles FC v Austin FC for this match preview with the best of intentions, no profits are guaranteed. Always gamble responsibly, and with what you can afford to lose. Good luck with your selections.

⚽️ Where can I get the previews for other MLS matches?

You can see all of our next (and previous) MLS predictions & previews here.