Return to this page a few days before the scheduled game when this expired prediction will be updated with our full preview and tips for the next match between these teams.
Full-Time Result Prediction
👉
AS Bari to Win

The Serie B meeting at Stadio San Nicola on Saturday will see home team AS Bari take on Perugia.

Our AS Bari v Perugia predictions, statistics and match poll can be seen below - as well as up-to-date odds.

AS Bari enter this game coming off the back of a 0-0 Serie B tied result vs Perugia.

Their most recent results highlight the fact that huge efforts have been put in by the AS Bari rearguard. AS Bari have been stingy, seeing the tally of goals that have gone in at their end over the course of their previous six clashes standing at 4.

Going into this one, AS Bari haven't been beaten in the league by Perugia in their previous 8 games. Quite a long unbeaten run against them.

Fabrizio Castori's Perugia have slotted home a total of 9 times throughout their latest 6 matches. The overall goals that they have conceded during those same clashes comes to 9.

Going into this one, Perugia haven't won against AS Bari when having played them away from home in the previous 3 matches in the league.

An inspection of past results between these clubs going back to 30/04/2016 tells us that these fixtures have been pretty painful for Perugia. They’ve not managed to come away with any wins at all whereas AS Bari have just been stronger than them, beating them in 67% of those games played.

A total of 13 goals were yielded between them throughout the course of those matches, with 10 of them from Galletti and 3 created by Perugia. The average number of goals per game works out to 2.17.

The last league meeting featuring these clubs was Serie B match day 3 on 28/08/2022 which finished with the scoreline of Perugia 1-3 AS Bari.

In that game, Perugia managed 51% possession and 22 attempts at goal with 8 on target. Their only player on the scoresheet was Luca Strizzolo (57').

The match was refereed by Simone Sozza.

The AS Bari manager Michele Mignani has no fitness concerns whatsoever before this clash with a fully healthy group available for selection.

We’re inclined to think that Perugia have the ability to score a goal against this AS Bari side, but that is unlikely to prevent them from conceding a couple at the other end.

We’re expecting a close game with a 2-1 advantage for AS Bari at the end of the 90 minutes. We are expecting it to be pretty even. 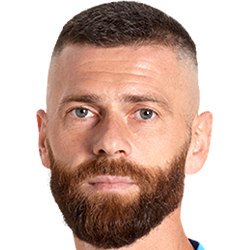 Regularly playing in the Striker position, Mirco Antenucci was born in Termoli, Italy. Having played his first senior match for Catania in the 2008 - 2009 season, the accomplished Forward has bagged 5 league goals in this Serie B 2022 - 2023 season so far coming from a total of 18 appearances.

While we have made these predictions for AS Bari v Perugia for this match preview with the best of intentions, no profits are guaranteed. Always gamble responsibly, and with what you can afford to lose. Best of luck with your selections.