Barnet play host to visiting rivals Chesterfield at The Hive Stadium in the National League fixture on Saturday.

For all of our match predictions, pre-game poll and statistics for Barnet v Chesterfield, scroll down - plus the latest match odds.

Barnet head into this match coming off the back of a 1-1 National League drawn result versus Gateshead.

The only name on the scoresheet from Barnet was Nicke Kabamba (87'). Danny Elliott (67') was the scorer for Gateshead.

Their latest results highlight the fact that things are going according to plan in the Barnet defence. Barnet have been miserly, resulting in the number of goals that have gone past their goalkeeper during their past six outings standing at 3. That kind of pattern isn’t assured to be carried forward into this match, though.

Coming into this clash, Barnet have not won against Chesterfield in their last 7 league matches.

Chesterfield go into this meeting following on from a 1-0 National League win vs Altrincham in their last game.

The only name on the scoresheet from Chesterfield was Ash Palmer (87').

Demonstrating their appetite for fruitful encounters, goals have been scored 23 times in the previous six matches in which Chesterfield have sent out their troops, yielding an average of 3.83 goals per fixture. Their opponents have managed 10 of this grand total.

Coming into this clash, Chesterfield remain unbeaten by Barnet when they've played them away from home in the last 4 league matches. An impressive run.

An inspection of their past head to head meetings going back to 17/08/2019 tells us that these encounters have ended in disappointment for Barnet. They have not managed to get themselves any victories whatsoever while Chesterfield have simply been better than them, winning in 83% of those matches played.

There were also goals galore in those games, with 27 overall at an average of 4.5 goals per match.

The last league contest between these sides was National League match day 5 on 26/08/2022 which ended up with the score at Chesterfield 3-1 Barnet.

The match was refereed by Matthew Corlett.

The Barnet manager Dean Brennan will be happy not to have any fitness concerns to speak of before this clash thanks to a completely healthy squad available for selection.

Due to a mostly full-strength group, there is just the sole fitness worry for the Chesterfield boss Paul Cook to contend with. Kabongo Tshimanga (Fractured Leg) won’t be in action.

When taking everything into account, Barnet will have to work hard as a team to see themselves scoring against this Chesterfield outfit who will likely score at least once to gain the upper hand.

That’s why our selection here is for a very competitive encounter with a 0-1 winning margin for Chesterfield when the referee blows for full-time. 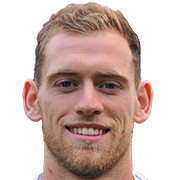 Normally played in the Left Attacking Midfielder position, Harry Pritchard was born in England. Having played his first senior match for Maidenhead United in the 2017 - 2018 season, the goalscoring Midfielder has scored a sum of 8 league goals in this National League 2022 - 2023 campaign to date in a total of 24 appearances.

While we have made these predictions for Barnet v Chesterfield for this match preview with the best of intentions, no profits are guaranteed. Always gamble responsibly, and with what you can afford to lose. We wish you the best of luck.