The Championship meeting at Kenilworth Road Stadium on Monday will see hosts Luton Town prepare for the visit of Barnsley.

Luton Town will be looking for an improved result here following the 2-0 Championship defeat last time out to Derby County.

In that game, Luton Town managed 57% possession and 13 attempts at goal with 3 on target. Derby County had 11 attempts on goal with 5 of them on target. Lee Gregory (7') and Graeme Shinnie (49') scored for Derby County.

Fewer than three goals per game were recorded in 5 of the past 6 meetings where Luton Town have been participants. Regarding the goal split during this period, opposing sides scored an aggregate of 6 while The Hatters managed the sum of 4. That trend might not be continued into this game, though.

Going into this contest, Luton Town are unbeaten in the league by Barnsley in their previous 4 matches.

In the game prior to this, Barnsley drew 1-1 in the Championship tie with Reading.

In that game, Barnsley managed 54% possession and 16 shots at goal with 2 of them on target. The only player on the scoresheet for Barnsley was Alex Mowatt (61'). Reading got 6 attempts at goal with 1 on target. Ovie Ejaria (34') scored for Reading.

Valérien Ismaël's Barnsley have seen their goal attempts be successful a total of 9 times in the course of their latest six matches. The aggregate of goals that have been scored against them during those same matches adds up to 6.

Analysis of their past results shows that Barnsley:

Looking at the statistics for their head to head duels stretching back to 20/01/2007, both clubs have shared the honours with Luton Town winning 2 of those games, Barnsley 2 and 2 being draws in regulation time.

A sum of 14 goals were produced between them in these games, with 7 of them from The Hatters and 7 netted by The Tykes. That’s an average goals per game of 2.33.

The last league meeting between these sides was Championship match day 1 on 12/09/2020 and the score finished Barnsley 0-1 Luton Town.

That day, Barnsley had 53% possession and 10 shots on goal with 1 on target.

On the other side, Luton Town got 3 attempts at goal with 1 on target. James Collins (71') scored.

Luton Town manager Nathan Jones will be happy not to have any fitness concerns whatsoever coming into this clash thanks to a completely healthy squad available for selection.

Owing to an otherwise healthy group of players, there is just the sole fitness issue for the Barnsley boss Valérien Ismaël to be concerned about. Ben Williams (Cruciate Ligament Injury) won’t be playing here.

In our opinion, Luton Town will need to push hard to break down this Barnsley lineup who will likely score at least once to gain the upper hand.

With that in mind, we reckon that it will be a hard-fought contest, finishing with a 0-1 winning score for Barnsley at the end of the 90 minutes. 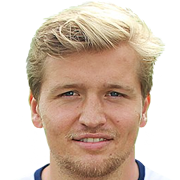 Usually used in the Centre Midfield position, Luke Berry was born in Bassingbourn, England. Having made his senior debut playing for Cambridge United in the 2009 - 2010 season, the accomplished Midfielder has scored a sum of 2 league goals in this Championship 2020 - 2021 campaign to date coming from a total of 26 appearances.

While we have made these predictions for Luton Town v Barnsley for this match preview with the best of intentions, no profits are guaranteed. Always gamble responsibly, and with what you can afford to lose. We wish you the best of luck.