Full predictions, pre-match stats and user poll for Grenoble v SC Bastia are shown on this page - along with the latest match odds.

Grenoble will be looking for another win after the 0-1 Coupe De France success over Stade Plabennecois.

A common theme in recent Grenoble games is the high number of scores with a nil in them.

Taking their previous sextet of clashes before this one, in as many as 5 of them a wager on "Both Teams to Score" would've been a losing one.

Going into this game, the form guide shows that Grenoble:

In the game prior to this, SC Bastia drew 1-1 in the Coupe De France match with FC Lorient.

In their last half-dozen clashes, SC Bastia have bagged a total of 6 goals. SC Bastia have additionally got on the scoresheet on each one of those occasions. Over that period, their defenders have had 3 goals go into their own net. That pattern won’t necessarily be carried forward into this match, of course.

Ahead of this clash, SC Bastia are without a win away from home in their last 4 matches in the league.

Checking out their prior head to head meetings going back to 04/05/2007, neither club has come out on top overall with Grenoble winning 1 of those games, SC Bastia 1 and 4 being drawn in regulation time.

A total of 8 goals were shared by the two clubs throughout the course of those matches, with 3 of them from GF 38 and 5 coming from Bastia. That’s an average goals per game of 1.33.

There is just one fitness concern for the Grenoble gaffer Vincent Hognon to be concerned with from of an almost fully healthy group of players. Bart Straalman (Partial damage to the cruciate ligament) is out of contention.

Due to a fully healthy squad available for selection, the SC Bastia manager Régis Brouard has zero fitness concerns at all before this clash.

We feel that in this game, SC Bastia will surely be able to put one past this Grenoble team, however it possibly won’t be as many as they’ll concede.

We’re tipping a 2-1 victory for Grenoble by the time that the referee blows the final whistle. Hopefully this is a good one. 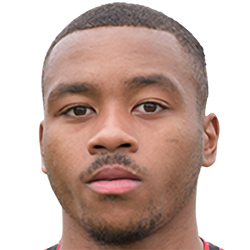 Usually playing in the Left Wing position, Matthias Phaëton was born in Colombes, France. Having played his first senior match for EA Guingamp in the 2018 - 2019 season, the accomplished Forward has struck 4 league goals in the Ligue 2 2022 - 2023 season to date from a total of 19 appearances.

We have made these Grenoble v SC Bastia predictions for this match preview with the best intentions, but no profits are guaranteed. Please always gamble responsibly, only with money that you can afford to lose. Best of luck with your selections.