All of our predictions, stats and the user poll for Bayer Leverkusen v Borussia Dortmund are shown below (plus the best game odds).

Bayer Leverkusen will be hoping for a repeat of their last result, following a 2-0 Bundesliga 1 victory versus VfL Bochum.

Their most recent results shine a light on the fact that huge efforts have been put in by the Bayer Leverkusen defence. Bayer Leverkusen have been stingy, seeing the total number of goals that have gone in at their end over the course of their past 6 games standing at 3.

Coming into this fixture, Bayer Leverkusen haven't been defeated in their previous 6 home league matches.

Borussia Dortmund will come into the encounter after a 1-2 Bundesliga 1 win with the defeat of Mainz in their last fixture.

Illustrating their fondness for high-scoring matches, goals have been celebrated 23 times in the last 6 games in which Borussia Dortmund have sent out their troops, yielding an average of 3.83 goals for each meeting. Their opponents have hit 11 of this grand total. That kind of trend might not be continued into this match, however.

Checking out their prior head to head meetings going back to 08/02/2020, it’s been all-even between these two clubs with Bayer Leverkusen winning 3 of those games, Borussia Dortmund 3 and 0 being drawn after 90 minutes of play.

Those games weren’t short on goals, either, with 29 in total at an average of 4.83 goals per match.

The last league match featuring these clubs was Bundesliga 1 match day 1 on 06/08/2022 when it finished Borussia Dortmund 1-0 Bayer Leverkusen.

That time, Borussia Dortmund had 45% possession and 15 shots on goal with 4 on target. Their only player to score was Marco Reus (10').

Bayer Leverkusen got 8 attempts at goal with 3 of them on target.

The Bayer Leverkusen boss Xabi Alonso doesn’t have any fitness concerns to speak of before this game owing to a completely injury-free group ready to go.

We envisage that Borussia Dortmund and Bayer Leverkusen could well end up finding themselves trading goals here.

A close call, and we think a draw is quite likely - as are goals. We’re therefore tipping a high-scoring affair with a score draw at the end of the match. 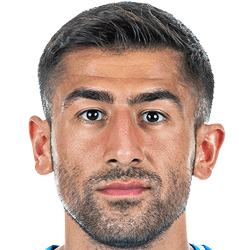 Regularly played in the Centre Midfield position, Kerem Demirbay was born in Herten, Germany. After having played his first senior match for Borussia Dortmund II in the 2012 - 2013 season, the accomplished Midfielder has scored a sum of 3 league goals in the Bundesliga 2022 - 2023 campaign to date in 14 appearances.

We have made these Bayer Leverkusen v Borussia Dortmund predictions for this match preview with the best intentions, but no profits are guaranteed. Please always gamble responsibly, only with money that you can afford to lose. We wish you the best of luck.